Priyadarshan’s new film with Akshay Kumar is ‘happening next year’

* Confirming his upcoming collaboration with Akshay, Priyadarshan told IANS, 'Yes that is happening next year' 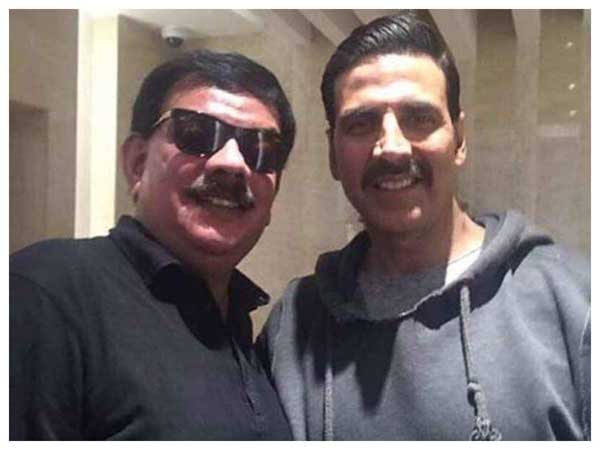 Confirming his upcoming collaboration with Akshay, Priyadarshan told IANS: “Yes that is happening next year. It was supposed to happen this year but got pushed. We start shooting next year.”

Quizzed if their new film is a comedy, the filmmaker replied: “It will be a comedy film. I don’t want to take any more risks. Let me entertain my audience. So far, the films in which we both worked have been very successful. Those were almost 70 percent humorous films with a nice emotional ending.”

Before his film with Akshay, Priyan, as he is widely known to friends and colleagues, is busy readying his new film “Hungama 2” for release. The comedy features Paresh Rawal, Shilpa Shetty Kundra, Meezaan Jaffrey and Pranitha Subhash. The filmmaker clarifies the film is not an extension of his 2004 hit “Hungama”.

“It is not a continuation of Hungama. It is a different story treated in the same way as Hungama. There are confusions, situations, comedy of errors and slapstick but the plot is completely different. It will be a laugh riot, I believe,” he said.

Quizzed if their new film is a comedy, the filmmaker replied, ‘It will be a comedy film. I don’t want to take any more risks. Let me entertain my audience. So far, the films in which we both worked have been very successful’

Priyadarshan’s name is synonymous with entertaining comedy films. What are his secret ingredients?

“It is very difficult to make people laugh. It is the most difficult thing to create situations and confusions. Because, the moment it becomes buffoonery, the film will be in bad taste. It should look believable and genuine. Maintaining that balance is important,” he replied.

Just like many other films, “Hungama 2” is also releasing on an OTT platform instead of a theatrical release amid the ongoing pandemic. Would he miss the big screen experience?

“I wish I could release it in the theatres, sit with the audience and enjoy it. I belong to the old school. I have corrected myself by sitting with the crowd and watching my films, by observing what they like and what they don’t like. I am going to miss that learning process,” the filmmaker expressed, adding: “But even on OTT, everybody from the grandfather to the grandson can sit together and laugh. There is no vulgarity or double meaning in this film. It will be absolutely enjoyable. Comedy films are meant for mass viewing because laughter is contagious.”

With the pandemic affecting our lives in every possible way, is comedy the need of the hour for our emotional wellbeing? “We know how the economy is affected, how people have lost their money, lost their jobs. How they are struggling not to go out and staying locked in their homes. What is there to smile about? In these times, I feel a comedy film can be a very good medicine,” the director said.

Priyadarshan, however, does not feel OTT platforms will replace cinema halls entirely. “Definitely OTT is popular but films like Titanic, Baahubali or Avatar, which are meant for the big screen — you can’t watch these on your phone. You can’t enjoy the visuals. Another reason is, in our country, the cheapest entertainment for a common man, especially the middle class, is taking out the family to the cinema. Also, the pleasure of going to the theatre with your friends and family, you cannot get that pleasure by sitting at home and watching the film on your phone. So, theatres will survive all over the world despite the great impact of OTT platforms,” he opined.

Priyadarshan’s new directorial “Hungama 2” is slated to release on Disney+ Hotstar on July 23.