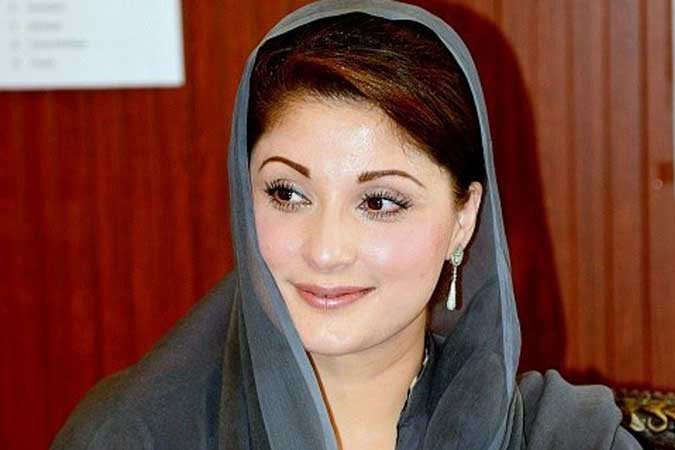 Terming herself and her father former prime minister Nawaz Sharif as ‘blood of Kashmir’, Pakistan Muslim League-Nawaz (PML-N) Vice President Maryam Nawaz Sharif has said that her party will never allow Azad Jammu and Kashmir (AJK) to become a province of Pakistan. Addressing a rally in AJK’s Hatiyan Bala on Sunday, she criticized Prime Minister Imran Khan over what she called making a “deal” over the Kashmir issue and losing the region’s case at the international forums.

“Both me and my father have Kashmiri blood in our veins… we will never let [them] make AJK a province,” she added.

While lamenting the incumbent premier for having the guts to visit AJK despite “selling” Kashmir to India, Maryam said that PM Imran should bring his nama-e-amaal as Kashmiris have a lot of questions to ask.

“Kashmiris will ask about your two-minute silence after the August 5 move which is continuing to this very day. They will ask when will this silence end? They will ask how many resolutions [in the United Nations] did you get passed for the Kashmir issue,” she added.

The PML-N vice-president hit out at the PTI government for not trying to convince OIC members for putting pressure on India. “No friendly country is supporting you [PM Imran] because you have no credibility.”

Maryam also said that everyone in Pakistan and AJK knows who brought Imran Khan to power and for what objectives who is busy in increasing inflation, poverty and load-shedding in the country. “Do you want the same happening in AJK as well? If you don’t then you must vote for the PML-N in the July 25 elections,” she added.

She said that there was just one person who is prosperous in Pakistan and his name is Imran Khan. “He doesn’t have to wait in long queues to get wheat and other basic commodities… he doesn’t have a business so he doesn’t need to care… This ‘selection’ has destroyed Pakistan.”

Maryam said that she is with the people of Indian Illegally Occupied Jammu and Kashmir (IIOJK) as well.