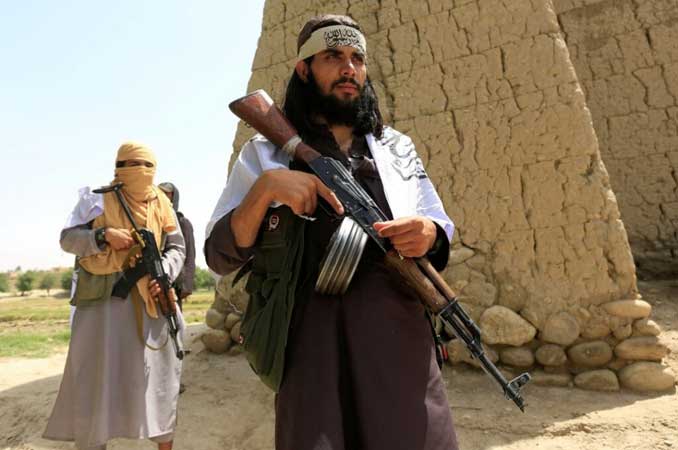 Afghan authorities said Sunday they have installed an anti-missile system at Kabul airport to counter incoming rockets, as the Taliban pressed on with a blistering offensive across the country.

Washington and its allies are due to end their military mission in Afghanistan at the end of next month, even as the insurgents say they now control 85 percent of the country — a claim that could not be independently verified and is disputed by the government.

The Islamic fundamentalist group’s rapid gains in recent weeks have raised fears about the security of the capital and its airport, with NATO keen to secure a vital exit route to the outside world for foreign diplomats and aid workers.

“The newly installed air defence system has been operational in Kabul since 2:00 am Sunday,” the interior ministry said in a statement. “The system has proven useful in the world in repelling rocket and missile attacks.”

Interior ministry spokesman Tariq Arian told AFP it had been installed at the airport, though officials did not offer details about the type of system or who had installed it.

But Afghan security forces spokesman Ajmal Omar Shinwari said the system was given by “our foreign friends”.

“It has very complicated technology. For now our foreign friends are operating it while we are trying to build the capacity to use it,” he said.

The Taliban have regularly launched rockets and mortars at government forces across the countryside, with the jihadist Islamic State group (IS) carrying out similar strikes on the capital in 2020.

IS also claimed responsibility for a rocket attack this year at Bagram Air base, the biggest US military facility in the country, which was recently handed over to Afghan forces.

Over the years, the US military installed several C-RAMs (Counter Rocket, Artillery and Mortar Systems) across its bases, including at Bagram, to destroy incoming rockets targeting the facilities, a foreign security official and media reports said.

“The Taliban do not have any organised capacity but have demonstrated that they can fire modified rockets from vehicles and create panic, especially if aimed at an airport,” a foreign security official said.

Turkey has promised to provide security for Kabul airport once US and NATO troops leave next month.

Turkish President Recep Tayyip Erdogan on Friday said Turkey and the United States had agreed on the “scope” of how the airport would be managed under the control of Turkish forces.

Taliban militants have waged a rapid offensive across the country, but mostly in the northern and western provinces, since early May, when the final US troops began leaving Afghanistan.

India on Sunday became the latest country to evacuate diplomats as the security situation deteriorates.

Its foreign ministry said staff had been temporarily pulled from its consulate in southern Kandahar, where the Taliban are fighting with Afghan forces on the edge of the city.

A security source added that around 50 Indian personnel, including around six diplomats, were brought home.

Last week Russia announced it had closed its consulate in the northern Afghan city of Mazar-i-Sharif, while China also evacuated 210 nationals from the country.

After Kabul called on militiamen across the country to help counter attacks, Afghan security spokesman Shinwari on Sunday urged Afghan youths to join the armed forces — saying the authorities had made recruitment procedures easier.

However, Pakistan’s envoy to Kabul called on the international community to help strengthen Afghanistan’s security forces, warning that deploying militias to fight the Taliban could worsen the situation in the violence-wracked country and benefit jihadist groups.

“If the situation continues to worsen and deteriorate in Afghanistan, of course, there will be challenges in terms of security inside of Afghanistan,” Mansoor Ahmad Khan told AFP on Saturday, saying it could give space to groups like IS or Al Qaeda.

The Afghan government has repeatedly dismissed the Taliban’s gains as having little strategic value, but the seizure of multiple border crossings and the taxes they generate will likely fill the group’s coffers with new revenue.

The insurgents have routed much of northern Afghanistan in recent weeks, and the government holds little more than a constellation of provincial capitals that must largely be reinforced and resupplied by air.