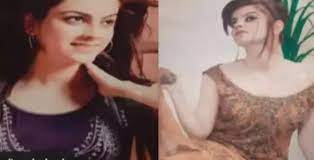 LAHORE: A Lahore-based model was found dead in her house in the DHA Phase V area of the provincial capital, police said on Sunday.

According to the police, the 29-year-old model identified as Nayab was strangulated to death by unidentified men at her home in Lahore’s DHA.

The victim was unmarried and living alone in her house, said police.

Police have filed a case on the complaint of her stepbrother Mohammad Ali, who stated that he had found her body lying on the floor when he came to visit her.

“When I visited her [Nayab] house on Sunday evening, she was lying unconscious on the floor,” he told police. He said that window of her room was also broken and there were marks on her neck.

Police have shifted the body to the hospital for autopsy and launched an investigation.

On May 5 this year, Pakistan-origin British woman Maira Zulfiqar had been found dead at her residence in Lahore. The initial post-mortem report revealed that the victim died owing to a bullet wound in her neck.