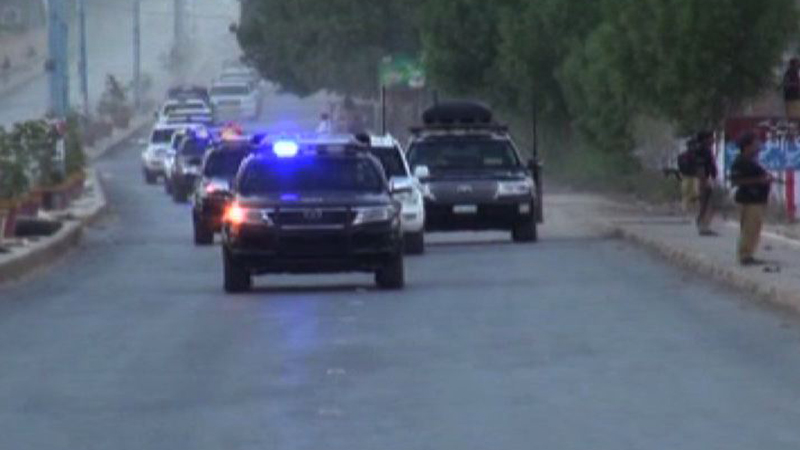 The Cabinet Division and Islamabad police have pulled additional security provided to federal ministers, according to sources, days after Prime Minister Imran Khan vowed to reduce the security detail of government officials.

According to the sources, federal ministers will now have only two security personnel for their protocol. Three security officials, out of five, have been withdrawn from the security details of the above-mentioned.

However, the security detail of Chairman Senate Sadiq Sanjrani will remain unchanged.

Federal Minister for Human Rights Dr Shireen Mazari and Defence Minister Pervez Khattak are among several ministers who have had their security details reduced in numbers, sources added.

Minister for Information and Broadcasting Fawad Chaudhry on July 6 had said that during a federal cabinet meeting, PM Imran Khan had received a report that many governmental dignitaries are enjoying more protocol than necessary.

In this regard, the premier has asked all government officials to scale back on availing protocol-related privileges, he said.

“To save taxpayer money and avoid inconvenience to the public I will not be going to any private function with protocol and security,” the prime minister wrote in a message on Twitter.

Next week Cabinet will decide on a comprehensive policy in this regard. We will put an end to the colonial legacy of pomp & glory used to overwhelm the people.

He said he is also reviewing protocol and security granted to ministers, governors and PTI chief ministers so that a way to minimise expenditure and end public inconvenience can be determined.

The prime minister said that a comprehensive policy regarding this will be decided in next week’s cabinet meeting.

“We will put an end to the colonial legacy of pomp and glory used to overwhelm the people,” he vowed.

PM Imran Khan has spoken out against the prevalent “VIP culture” in the country on several occasions.

In 2018, shortly before taking oath as prime minister, Imran Khan expressed his displeasure over official protocol given to him while travelling from Bani Gala to a private hotel in Islamabad.

The PTI chief remarked: “I was given official protocol [while coming here today] — the country cannot be run like this.”

In his first address to the nation after becoming prime minister, he had emphasised on cutting government expenditure. As part of the cost-cutting initiative, he had announced the auction of surplus PM House vehicles.

As part of the austerity drive, 102 vehicles were put up for sale, of which, according to the government, 61 were sold off.

In May, the prime minister defied all norms and visited several areas of Islamabad without any protocol. He was accompanied by the chairman of the Capital Development Authority (CDA) Aamir Ahmed Ali.

Then, again in June, a video of the prime minister behind the wheel, driving around the different areas of the capital was shared by Senator Faisal Javed.