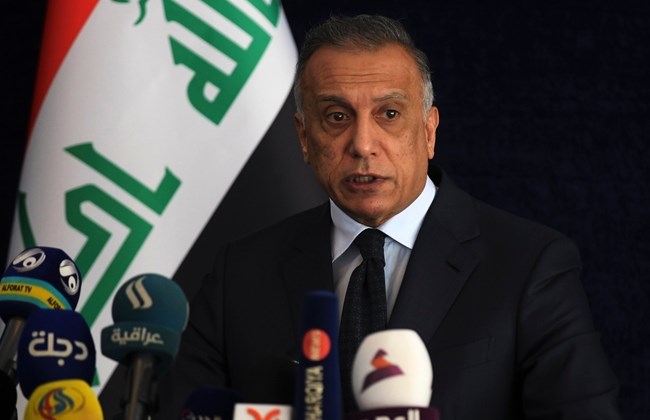 Iraq’s Prime Minister Mustafa al-Kadhemi early Sunday visited in hospital a pro-democracy activist who has been critical of pro-Iran armed factions, after the campaigner had been abducted and assaulted.

Ali al-Mikdam, a young Iraqi journalist, activist and researcher, had disappeared on Friday, sparking widespread concern from his friends and supporters, before he was released late Saturday, injured, on the outskirts of Baghdad. A tweet from Khademi’s office said the premier had checked up “on the health of journalist and activist Ali al-Mikdam in one of Baghdad’s hospitals after security forces released him from his kidnappers”. Mikdam was a key figure in anti-government protests which swept Iraq for months from October 2019 calling for the removal of Iraq’s political class, which activists branded as inept and corrupt.

The protesters also rallied against the influence of Iran in the war-battered country, where powerful pro-Tehran armed factions have been integrated into the national security apparatus. Mikdam, after receiving threats, had moved to Istanbul and then Arbil in Iraq’s semi-autonomous Kurdistan region. He had returned to Baghdad eight days ago, his mother told AFP while he was missing on Friday. “Only two days ago he told me he had received threats and gave me the phone numbers of his friends to contact them if anything bad happens to him,” his mother said then, holding back tears.

Killings, attempted murders and abductions have targeted more than 70 activists since the protest movement erupted in late 2019. Authorities have failed to publicly identify or charge the perpetrators of the violence, for which no groups have claimed responsibility. Pro-democracy activists are often portrayed as foreign stooges by Iraq’s powerful pro-Iran factions. Last month, Iraq freed a commander of the state-affiliated Hashed al-Shaabi, a Shiite paramilitary coalition, two weeks after he was arrested over the murder of a pro-democracy activist. Mikdam’s most recent analysis, published with the Washington Institute for Near East Policy last month, criticised the ongoing wave of assassinations targeting journalists and scholars by armed factions.