No Honour by Awais Khan is an immensely powerful, important and a significant book 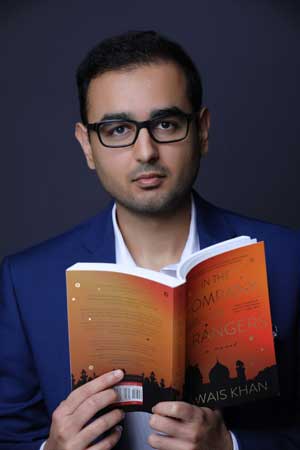 Beneath a tree, by a river, the fate of a teenage girl is decided upon before a baying mob – to be drowned by her family to restore honour for her transgressions, her sins.

A novel can do many things. It can be transportive, educational and entertaining, a commentary on society, or an escape from it. The one thing every novel should do is to make you grateful to the author for allowing you to spend hours in the embrace of their words, their worlds.

To write a novel centred on honour killings in Pakistan is something few writers would attempt. But Awais Khan, has written an immensely powerful, important and significant book.

The practice of honour killing is still prevalent, yet seldom discussed in the media and very rarely conveyed in literature. Awais Khan has redressed this urgent need, by bringing the story of Abida to the page. Abida, who at 15, becomes pregnant and subjected to the ruling of the Pir – the village head and it’s ruling committee, the jirga. To have fallen pregnant outside of marriage is the ultimate sin, and only the death of the girl, at the hands of their family, will restore honour. Such is the brutal, barbaric reality. Yet her father Jamil, torn between loyalty and tradition, love and the notion of honour, has to decide whether to bring shame upon his family, to ostracize them, by choosing love and saving his daughter or killing her and restoring honour. 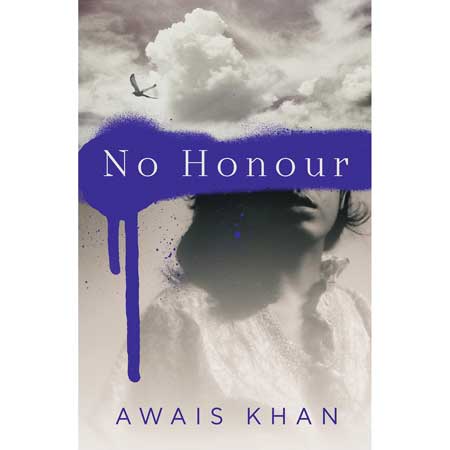 A novel that is complex, but skilfully portrayed. Aside from Abida and Jamil, Khan’s cast of characters are odious and self-serving, violent and sadly representative of parts of society in Pakistan, the Subcontinent and elsewhere in the world. From the poverty of a rural village to the drug fuelled streets in Lahore, slave house brothels and a drug overlord’s mansion, there is a gritty underbelly to Awais Khan’s writing. It is unflinching, never stereotyped, always tight and concise. It draws the reader in, creating images in the mind with evocative turns of phrase and a polished descriptive power.

No Honour is a beautifully written book. Though its subject of honour killing is a difficult, uncomfortable and painful one to read. What resolves the terrible events, the litany of evil, is the novel’s heart. An empathy for those in this heinous situation, for Abida and Jamil – and by extension every young female in fear of their life, should they too find themselves in Abida’s situation. A bond of family, between father and daughter, the lengths a father would go to save and protect his child.

But what also comes through is Awais Khan’s compassion. A sense of wanting to bring a difficult subject to light, so that society can tackle it and make the changes and progress that are so urgently needed. I recommend everyone read No Honour.

It will shake you, anger and sadden you, but also one restores hope in the power of love to triumph over evil, even in the face of seemingly insurmountable obstacles.

The article has been written and contributed by Anthony Frobisher who is a writer, poet, a teacher and a reviewer based in the United Kingdom. He can be reached at frobitony1@yahoo.co.uk and Tweets at @apoemaday2021