The legacy of Dilip Kumar that would live long

* Dilip Kumar's early grooming and eclectic education enabled him to make a seamless transition as a polyglot between his native Pashto, which he spoke fluently with Punjabi 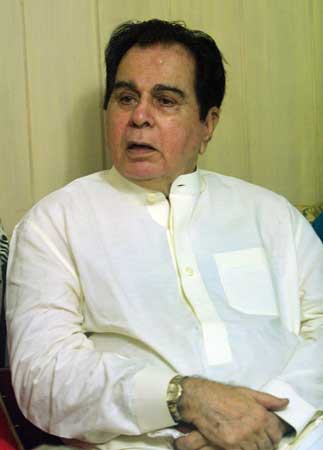 Superstar, trendsetter and tragedy King, iconic film actor Yusuf Khan alias Dilip Kumar left us on Wednesday as he breathed his last at the age of 98 in Mumbai from where he started his flamboyant career that spanned over half the century.

The Peshawar Born actor reached the peak of acting and got the status of an acting virtuoso; he was among the pioneers of the Indian film industry. The actor will be best remembered for his roles in films like Madhumati, Devdas, Mughal-e-Azam, Ganga Jamuna, Ram Aur Shyam, and Naya Daur in a career spanning over six decades. Dilip Kumar and Saira Banu, who married in 1966, starred together in Sagina Mahato, Gopi, Bairag, and Duniya. In India, Dilip Kumar was honoured with the Padma Bhushan in 1991 and the Dadasaheb Phalke Award in 1994.

Dilip Kumar’s early grooming and eclectic education enabled him to make a seamless transition as a polyglot between his native Pashto, which he spoke fluently with Punjabi and Urdu in which he excelled. American-born actor Tom Alter asked him the secret of his brilliance. Pat came to the reply: “Sher-o-sukhan.” Simply put, love of literature and Urdu poetry, in particular, showed starkly in the aura of the actor called Dilip Kumar. This was true of his contemporaries too, like Balraj Sahni and Motilal. It was another era. He was, however, not constrained by his love for Urdu. The one immensely successful movie he made – Ganga Jamuna – saw him and his handpicked Tamil heroine Vyjayanthimala delivering lines with near accuracy in the difficult Bhojpuri dialect of eastern UP. Dilip Kumar pointedly questioned any link between his language and his religion as a Muslim. There wasn’t a movie other than the magnum opus Mughal-i-Azam in which he played a Muslim character. Yet it was Sher-o-Sukhan that inspired his fabled dialogues and the pauses between the lines. His trademark quiet delivery, his attention to detail and his sheer versatility made him one of Indian cinema’s monuments. So as the mortal world bids farewell to the man so many revered as “Yusuf Sahab”, here is a look at some lesser-known facts about him. Only a few of his fans know that Dilip Kumar the legend was discovered by Bollywood’s showman not as a director but as his schoolfellow. It was Raj Kapoor who advised him during his school days to try his hand at acting, The legendary actor also launched himself into the orbit of Indian politics and was elected as a lawmaker from the ticket of Soniya Gandhi,s congress. As a politician, he always worked relentlessly for friendly ties between India and Pakistan. In recognition of his artistic and philanthropic work, he was bestowed with the highest civilian Award Nishan-E-Imtiaz by the Government of Pakistan in 1998. During the Kargil war the Indian fanatic groups, as well as the Government, pressured him to return the honorary award to the Pakistan Government but he did not. Whenever the Peshawar-born actor visited his homeland he received a tumultuous welcome by the Pakistan government followed by stated protocol. The iconic figure of the subcontinent Dilip Kumar will always be remembered for the work that he has done.

The article has been written and contributed by Kamran Khamiso Khawaja who is a law student and columnist. He can be reached at kamran.khowaja338@gmail.com and Tweets at @ @ZaibSha1