Pakistan does not have capacity to accommodate more Afghan refugees: FM 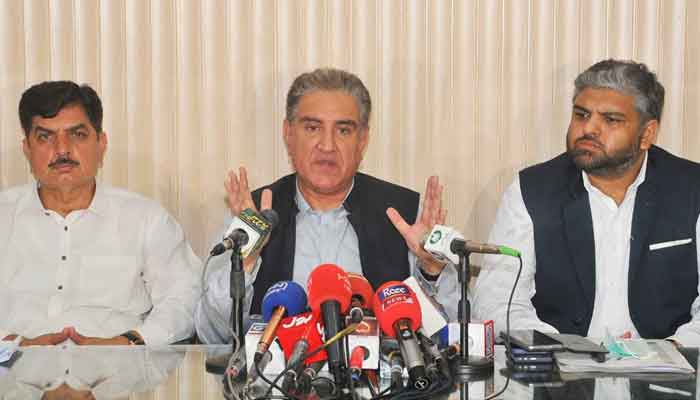 Minister for Foreign Affairs Shah Mahmood Qureshi on Saturday said that Pakistan has played host to more than three million Afghan refugees over the years and does not have the capacity to bear the burden of additional refugees.

Speaking to the media in Multan, the foreign minister went on to add: “If the situation arises where more people need refuge, we will first develop a plan.”

The foreign minister expressed the concern that miscreants may attempt to enter Pakistan under the guise of being refugees.

“Our first attempt to deal with the situation will be to try and have Afghan refugees stay in Afghanistan,” he said.

Moving on to speak about peace in the region at large, he said that “talks are underway with all stakeholders for regional peace”.

Qureshi said that he will be travelling to Tajikistan tomorrow to assist in the Afghan peace process.

“After Tajikistan, I will go to Uzbekistan, where Prime Minister Imran Khan will join me,” he said.

The foreign minister said that the two countries have agreed that a discussion for peace in Afghanistan must take place.

The foreign minister said that the US Secretary of State had acknowledged that Pakistan is considered a close ally, adding that he will meet with the US special envoy for Afghanistan Zalmay Khalilzad in Uzbekistan.

Speaking of the China-Pakistan Economic Corridor, Qureshi said that the project will benefit Pakistan, China and Afghanistan.

On the PTI’s campaign in Azad Jammu and Kashmir, which will go to the polls on July 25 for Legislative Assembly elections, he said that the party had received a “tremendous response” there.

He said that the prime minister is due to address three big rallies there.

Speaking of PPP Chairman Bilawal Bhutto Zardari, who has addressed several rallies in AJK already, Qureshi said that he is “speaking irresponsibly and childlishly”.

Qureshi said that the government will never allow occupied Kashmir to be bartered for anything and rather Pakistan will play its role in protecting the people of Kashmir.

“Bilawal is ignorant. He reads out from whatever sheet of paper he is handed,” the foreign minister said.

Turning his guns to PML-N Vice President Maryam Nawaz, he asked why she is “worried” when it is her party that has a government in AJK.