Afghans to decide their fate after US withdrawal: DG ISPR 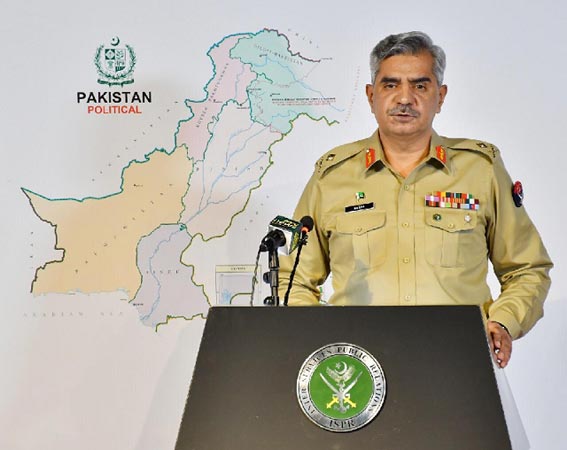 RAWALPINDI: It is up to Afghans to decide who rules Afghanistan after foreign military personnel, including those from the US, leave the war-torn country, Director-General Inter-Services Public Relations (DG-ISPR) Major General Babar Iftikhar said on Saturday.

Speaking during ARY News’ special transmission on the situation emerging in Afghanistan after the foreign troops’ withdrawal, he said: “Guns had been unable to decide [who rules Kabul] over the past two decades and won’t be able to do so in future.”

“Afghan people are to decide how Afghanistan is to move ahead.”

The DG ISPR said all warring factions have tired of the long-drawn Afghan conflict. Pakistan played a vital role in taking the peace process forward, he added.

“We kept on making all-out efforts for the peace process and will continue to do so in the days to come,” he resolved.

He said the US spent a lot of money on training Afghan personnel, adding it remains to be seen whether or not they put up resistance to insurgents.

Major Iftikhar emphasised the need for an Afghan-led solution to the conflict saying all stakeholders will have to sit together to hammer out a solution to it.

He revealed that Pakistan has worked out a contingency plan to cope with the aftermath of the US exit from the neighbouring country.