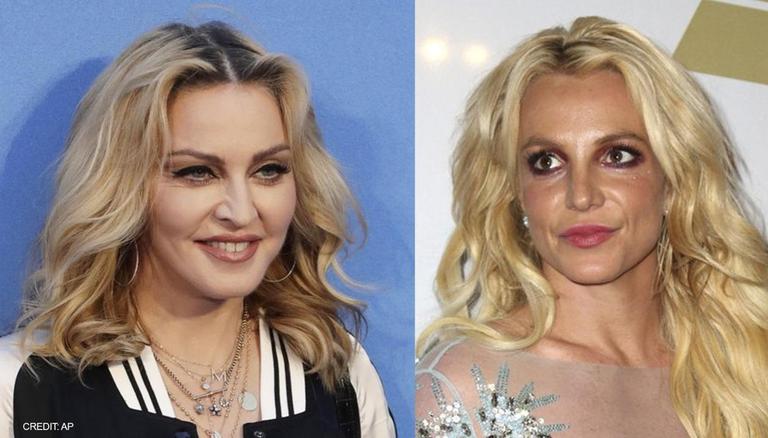 Amidst the #FreeBritney movement Madonna has come out to support popstar Britney Spears.

Speaking out against the unfair conservatorship that Britney has been trapped in since 2008, Madonna said, “Give this woman her life back” on Thursday.

Madonna collaborated with Britney Spears back in  2003 with the hit single ‘Me Against The Music, slammed the arrangement, likening it to slavery.

The Material Girl wrote, “Slavery was abolished long ago! Death to the greedy patriarchy that has been doing this to women for centuries.”

“This is a violation of human rights! Britney, we (are) coming to get you out of jail!” she added.

Celebrities from all over Hollywood have Britney’s support after she came out publicly about her fight against the conservatorship publicly for the first time at the Los Angeles court on June 23.

“I’m traumatized… I’m not happy, I can’t sleep,” she said. Britney Spears said her frequent upbeat postings on her Instagram account were lies. “I’m so angry. And I’m depressed. I cry every day,” she added.

“I truly believe this conservatorship is abusive,” Spears said.

“My dad and anyone involved in this conservatorship and my management who played a key role in punishing – ma’am, they should be in jail.”

Jamie said she felt she could now comment publicly about the situation because her sister had testified about it in court.

“Since the day I was born, I’ve only loved, adored and supported my sister,” she added.