Friday night fever? French nightclubs can reopen, but most won’t 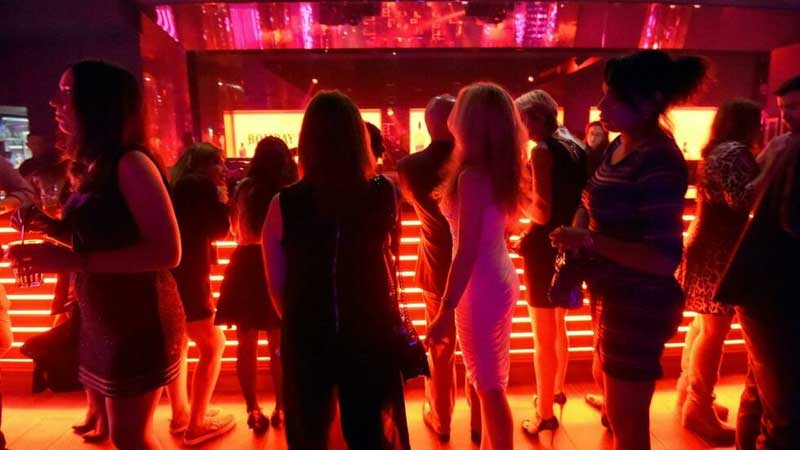 Nightlife fans across France can once again crowd into clubs starting Friday, though officials warned they would remain vigilant against any surge in Covid cases in coming days as the more contagious Delta variant of the virus looks set to become the dominant strain in France as soon as this weekend.

While offering relief for nightclub owners after nearly 16 months of closures, capacity remains capped at 75 percent of normal, and proof of vaccination or a recent negative test will be required for entry.

That has made many clubs reluctant to open, since only 21 percent of people aged 18 to 29 — the key clubbing demographic — have been fully vaccinated with two doses.

Masks are also recommended but not mandatory, and if a steamy recent viral advert is any indication, most patrons won’t want to cover up.

The vaccine campaign poster, released by regional health authorities last weekend, shows a couple engaging in a passionate French kiss under the caption “Yes, vaccination can have desirable side-effects.”

For Martin Munier, manager and artistic director of the Sacre club in central Paris, the answer was to team up with a neighbouring pharmacy to set up a testing tent right outside.

“It’s a relief to be able to open, even though not fully back at 100 percent right away,” he told AFP.

In the western city of Nantes, a group that owns four clubs in the city is offering free entry to 18 to 25-year-olds who have had at least one Covid jab.

The majority of clubs will stay shut, however, preferring to collect government aid while awaiting more visibility on how the surge in Delta cases will play out.

“We will remain very vigilant, and obviously if we have to reverse course because things are going badly, we will do what we have to,” he said.

Veran added that Delta cases now account for nearly 50 percent of the total, and “will soon account for the majority, probably this weekend, in our country.”

His comments came as the government’s virus advisory body of top scientists urged making vaccination mandatory for health workers and retirement home staff, many of whom remain reluctant to get the jab.

It said that at retirement homes just 40 percent of employees have been vaccinated with at least one dose, compared with 52 percent for the population overall.

“The pandemic will only be brought under control when 90 to 95 percent are vaccinated or inoculated,” the scientists said, a figure above the traditional 60 or 65 percent for so-called “herd immunity” because of the more infectious Covid variants.