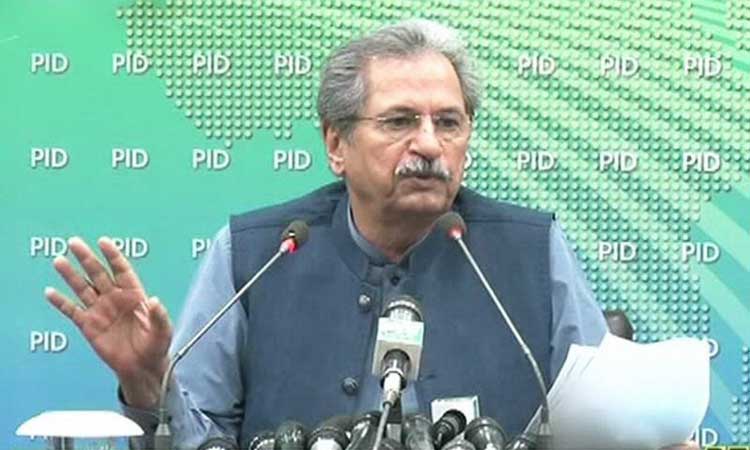 Federal Minister for Education and Professional Training, Shafqat Mehmood on Friday said exams would start in the federal capital as well as provinces from Saturday, terming Pakistan Muslim League Nawaz (PML-N), which is breaking apart, as playing politics with students to gain cheap popularity by demanding cancellation of examinations. In a series of Tweets, Shafqat Mahmood said people like Ahsan Iqbal and Saad Rafiq knew that exams have already started in Balochistan and Sindh, therefore other students could not be treated differently. “They know that the decision to take exams was taken unanimously by all federating units including PML-N Govt in AJK, and PPP in Sindh”. They knew that students could not be promoted on the basis of previous exams as there were no exams last year, he mentioned. Saad Rafiq and Ahsan Iqbal should know that for educating people, exams are the best measure to evaluate students ability, adding, class 12 is much important as the students have to go to universities and professional colleges on the basis of HSSC results, Shafqat Mahmood added. He stressed that why should hard working students be discriminated against and asked PML-N leaders to stop cheap politics. He went on saying that both PML-N leaders should know that after the 18th amendment, out of 30 educational boards, only one board, the federal board, is under the federal government. Yet they were pretending that one order from the federal minister could stop exams across the country. He said, PML-N leaders have attempted again a failed attempt at cheap politics. Shafqat Mahmood said exams were starting from Saturday in the remaining provinces and federating units. He also wished all students who would appear in exams good luck. While offering an opportunity to those students who wanted more time for preparations, he said they could avail the chance of appearing in supplementary exams that would be taken after two to three months by all boards. “Why should these exams be postponed and students who have been studying be penalised”, he questioned PML-N.