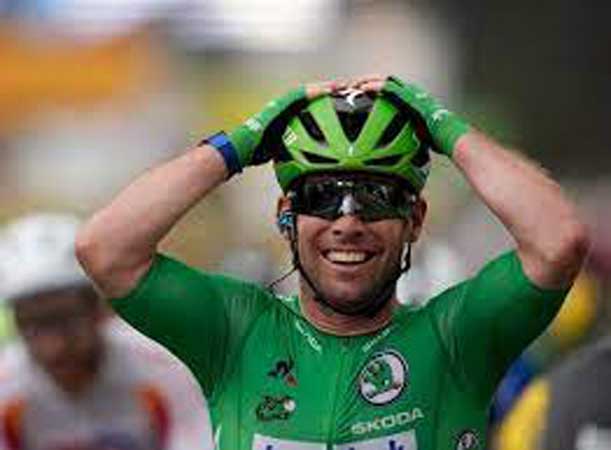 CARCASSONNE: Mark Cavendish equalled the all-time tally of Tour de France stage wins when he sped over the finish line at Carcassonne on Friday for a landmark 34th victory in the race. It was Cavendish’s fourth win on the 2021 edition and sees the British sprinter equal Eddy Merckx’s 46-year-old record of Tour de France stage wins. Cavendish had until Friday steadfastly refused to hype the record due to his reverence for the great Belgian Merckx, who also won the Tour de France five times. Cavendish appeared to shoulder charge a fellow rider on the run in and mentioned it at the line. Tadej Pogacar retained the yellow jersey on Friday, and has a wide margin of five minutes to defend.

Unlikely comeback:The feat is all the more remarkable considering Cavendish’s career looked compromised in December, teamless, without a Tour de France win in five years, and struggling to put a long bout of the tiring Epstein Barr virus behind him. Team-less at the end of last season Cavendish was taken ‘home’ to Deceuninck Quick-Step, who call themselves ‘the Wolfpack’, by maverick Belgian team boss Patrick Lefevere, a larger-than-life character Cavendish has always trusted and believed in.

Lefevere sent Cavendish to the level two Tour of Turkey in April and when he won four stages there, the foundation stone for a return to the top had been laid. British Olympic hope Simon Yates pulled out of the Tour de France after a nasty mass-fall caused by gravel earlier on the stage. Yates of BikeExchange looked dazed and badly grazed and was one of the last men to remount and try and ride off his knock, but the British Olympic road-race hope was in too much difficulty and withdrew within 10 minutes of the accident.