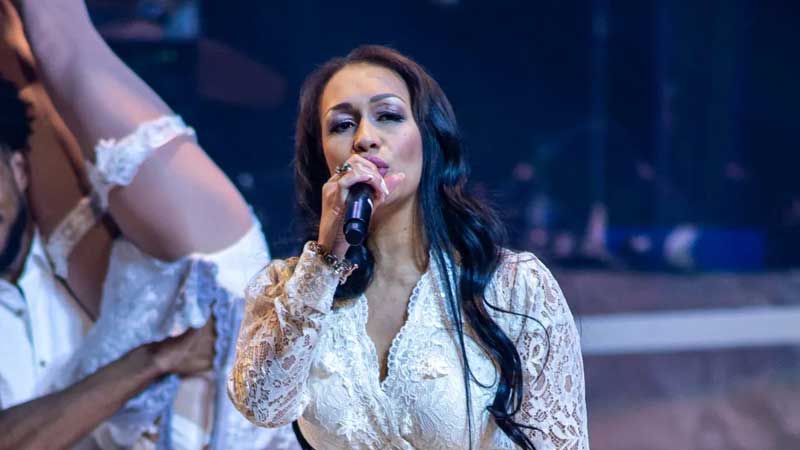 Rebecca Ferguson has hit out at “deeply disturbing” behaviour in the music industry, claiming she was forced to continue working after multiple collapses.

The 34-year-old singer, who rose to fame via the 2010 series of The X Factor, alleged in a series of tweets this week that she was mistreated during her time in the spotlight.

She said she is now “processing my past and I have great people helping me to do that”, but wanted to highlight issues that may affect those coming up through the industry today.

“I was made to do interviews from bed after collapsing,” she wrote in one tweet, which included notes from her legal representatives. “This was not the first time. I collapsed multiple times in one day.

“Scarily no ambulance was called, which is deeply disturbing. When somebody’s body is giving up that much that they are continually collapsing and falling unconscious, they need emergency medical treatment, not interviews in bed.”

Ferguson added that she believes she worked in a system which “normalised” this sort of behaviour towards artists.

She said: “I speak candidly about my historical issues so that I can emphasise just how vital it is to have proper legislations in place to protect artists and creatives.

“The people involved in my case existed because there was a lawless unregulated system in place, that allowed them to operate.”

Ferguson has previously spoken out about her poor experiences in the music business, writing in 2018 that she had experienced “racist bullying”.

She said she “started to see and feel myself lose who I was” at the height of the alleged mistreatment.

Ferguson is not the only former X Factor star to voice criticism of the music industry machine, with twin stars Jedward taking aim at Simon Cowell on social media earlier this year.

They wrote: “Simon Cowell thinks he’s the Mafia leader of the music industry when in reality he’s nothing but a bad facelift.”

Ferguson has continued to make music, with her fifth studio album — and her first since Superwoman in 2016 — on the way soon.