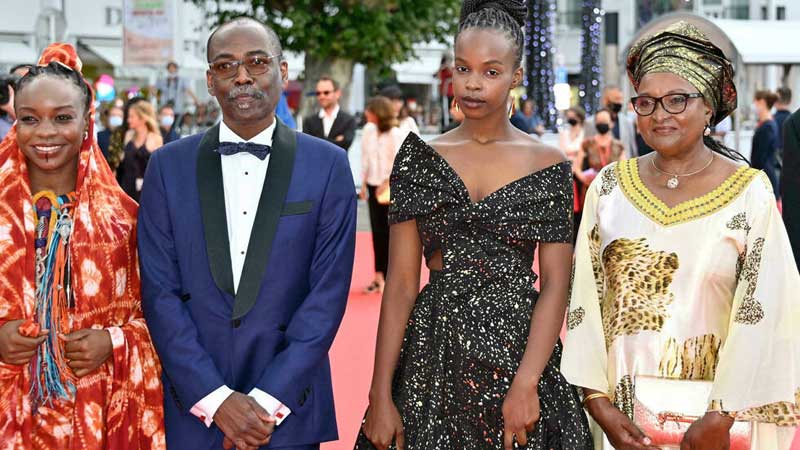 Africa took centre stage at the Cannes festival on Thursday with a film celebrating Chadian women who navigate religious dogma and male domination with courage, ruses and female solidarity.

“Lingui” by Cannes veteran Mahamat Saleh Haroun is the main competition’s only entry from sub-Saharan Africa, and tells the story of a pregnant teenager in the poor outskirts of Chad’s capital N’Djamena.

The 15-year old girl, daughter of a single mother, wants an abortion but faces huge obstacles, both legal and religious, within her Muslim community.

In a society where men seem to hold all the power and are rarely held accountable for their actions, the women have to find covert ways to protect themselves.

“It’s a film about the ordinary lives of women,” Haroun told AFP in an interview. “They are the heroines of everyday life.”

“They are held down by a form of domination that comes from the patriarchy and also from religion, a double force keeping women in this situation,” he said.

“I’ve always had a problem with religion,” Haroun said. “I sometimes find it lacks intelligence, in the most basic sense of the term.”

Only one director from the African continent has won Cannes’ coveted Palme d’Or: Algeria’s Mohammed Lakhdar-Hamina in 1975.

Africa’s hopes for the golden palm this year rest on Haroun and “Casablanca Beats” by Morocco’s Nabil Ayouch, also in the main competition.

“I’m happy to be in Cannes because this is a place where I can share images, sometimes positive ones, from a place where life is a nightmare,” he said.

Chad, landlocked and poor, is a former French colony of about 15 million people, mostly Muslim with a large Christian minority. Half the population is illiterate. Female genital mutilation, although banned by law, is still widely practiced.

Haroun said it would be “pretentious” to claim that he represents Africa at the festival.

“I am just one voice from that part of Africa. Others can make the same claim and I hope they do,” he said.

“Lingui”, the title of the film, refers to the links that the community is built on, solidarity, mutual aid, the wish to help others, and loyalty, Haroun said.

Haroun left Chad during civil wars there in the early 1980s.

He has mostly lived in France since but returned to serve in 2017-18 as minister for culture and tourism in the government of strongman Idriss Deby Itno who ran the country with an iron fist until his death this year. Most of his films are set, and shot, in his home country.

“Haroun doesn’t always live in Chad, but he is very much aware of the lives of women in Chad, and everything that goes on in society, including religion,” Chadian actress Achouackh Abakar Souleymane, who plays the teen’s mother, told AFP.

Haroun said he hoped that Chadian society could evolve so women have better lives. “As a man, I grew up as part of a certain culture, I am part of the patriarchy. But as a mindful individual, you can always manage to rid yourself of such a heritage,” he said. “We have to believe that people can change.”

A total of 24 films are vying for the Palme d’Or at the festival, which runs to July 17.