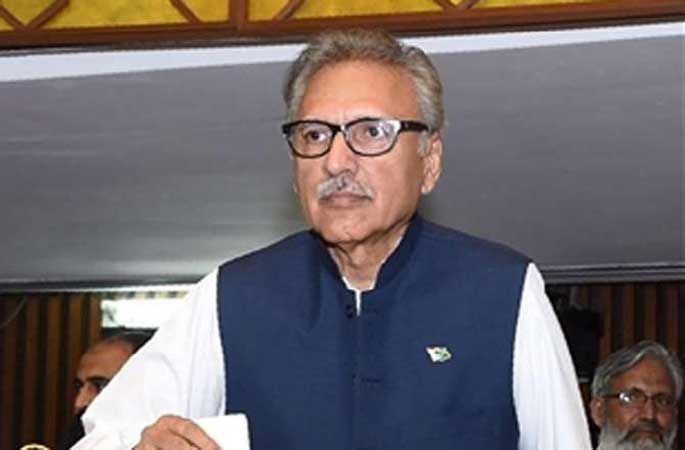 President Dr Arif Alvi on Friday rejected the representation of Muslim Commercial Bank (MCB) assailing the order of Banking Mohtasib to credit the lost money to its accountholder, who had fallen victim to internet banking fraud.

The President said the bank’s argument on declaring the unauthorized funds transfer as the customer’s liability for divulging his personal information to an unknown caller, was “not tenable”.

“The ‘strange and evasive stance’ of the MCB that this being a matter of internet fraud and the Bank is not responsible for the loss of its customer’s money owing to compromised credentials by customer himself is just shrugging off Bank’s fiduciary responsibilities to an innocent account holder,” he wrote in his order.

The President, in his decision, pointed out that MCB failed to explain how an aggregate amount of Rs 497,600 was transferred in a day from the complainant’s account against the default per day limit of Rs.100,000 set on his Visa Debit Card.

“This is a serious gap where the system has allowed fund transfers beyond the assigned per day Internet Banking limit on a transaction,” he said, adding that had the internet banking system been properly functioning, it could have prevented transfer of funds.

A sum of Rs 497,600 was unauthorizedly transferred from the account of Shaukat Ali, a bank account holder with MCB Karachi, after he received multiple calls on his mobile phone on October 28, 2018, posing to be from the Census Department and the bank.

The unknown callers sought from Shaukat Ali (complainant) the details of his bank account, which he admittedly shared assuming the calls were from the bank.

For retrieval of his lost funds, he filed several complaints with the bank, however on finding no redressal of his grievance, he approached the Banking Mohtasib.

The finding of the Banking Mohtasib revealed that the complainant had never requested for the Internet/Mobile Banking facility and also had no knowledge about its use. However, on his request to enhance the limit of his Debit Card in 2016, the bank activated the said feature without his consent.

It said that the bank gave no evidence on holding any consent from the account holder for registration of Mobile Banking/Internet Banking Applications under the Violation of State Bank of Pakistan Circular No. 3 of 2015 dated October 21, 2015.

The Banking Mohtasib in its order said no matter if the customer had divulged his personal information to an unknown caller, but had the “unsolicited facility not become functional automatically, that too without knowledge and consent of the complainant, the account holder would have been saved from the loss”.

It advised the bank to “make good the loss by crediting the complainant’s account with a sum of Rs 497,600 together with other charges and Withholding Tax on disputed fund transfers.

President Alvi, in response to the representation of MCB assailing the order of the Banking Mohtasib said that primarily, it was the responsibility of the bank to protect the interest of their depositors.

He stressed that the bank should have educated the accountholder about Electronic Fund Transfer before activating the channel by default.

Dr Alvi said there was no justification to upset the order of the Banking Mohtasib which had afforded the bank ample opportunity to defend and controvert the claim of the complainant. Despite this, he said, the bank “failed to discharge the burden and statutory liability cast upon it under the law”.

As digital banking becomes popular, he said, the banks must ensure that their clients thoroughly understand how to protect themselves from fraud.

“We must protect the interests of the people of Pakistan, banking clients, who have been sold products that can be used to scam them of their hard-earned money,” he wrote in his order.

The President, therefore, rejected the representation of the bank for being “devoid of any merit”, in favour of the complainant seeking refund of money fraudulently transferred from his account.