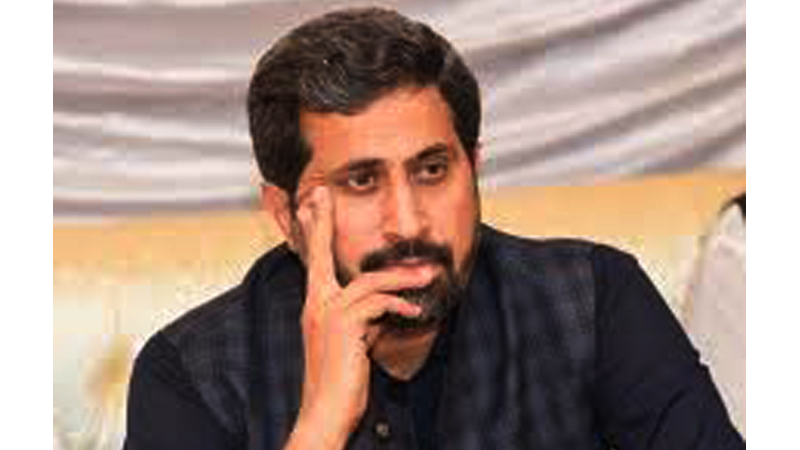 LAHORE: Punjab Minister for Prisons Fayyaz-ul-Hassan Chohan Friday said that the Pakistan Muslim League-Nawaz (PML-N) would definitely face defeat in the upcoming Azad Jammu and Kashmir (AJK) elections and its popularity would be exposed, as they did nothing for the welfare of people during its government there.

Reacting to Maryam Nawaz’s speech during a public gathering in AJK, the minister said that she goes to Kashmiris only to seek their votes, as the Sharif family wanted to protect its personal agenda instead of national progress and prosperity.

The minister said that Suleman Shehbaz, son of PML-N President Shehbaz Sharif, had pressured the Pakistani authorities to grant visas to Indians for personal business purposes.

He said such practices destroyed the country’s institutions, but the Sharif family’s businesses expanded enormously.

He said that Begum Safdar Awan should stop lecturing the government on Kashmir policy as the PML-N’s anti-Kashmir policy had been still damaging the Kashmir cause.

Fayyaz-ul-Hassan said that Nawaz Sharif, during his tenure in government, issued directions to the Foreign Office to refrain from making anti-India statements.

He added that how could Begum Safdar Awan defend her father’s Kashmir policy today.

He said that due to effective diplomacy of Prime Minister Imran Khan, the international community had been mobilised on the Kashmir issue, adding that in the forthcoming Azad Kashmir elections, the bubble of PML-N’s popularity would burst once and for all.