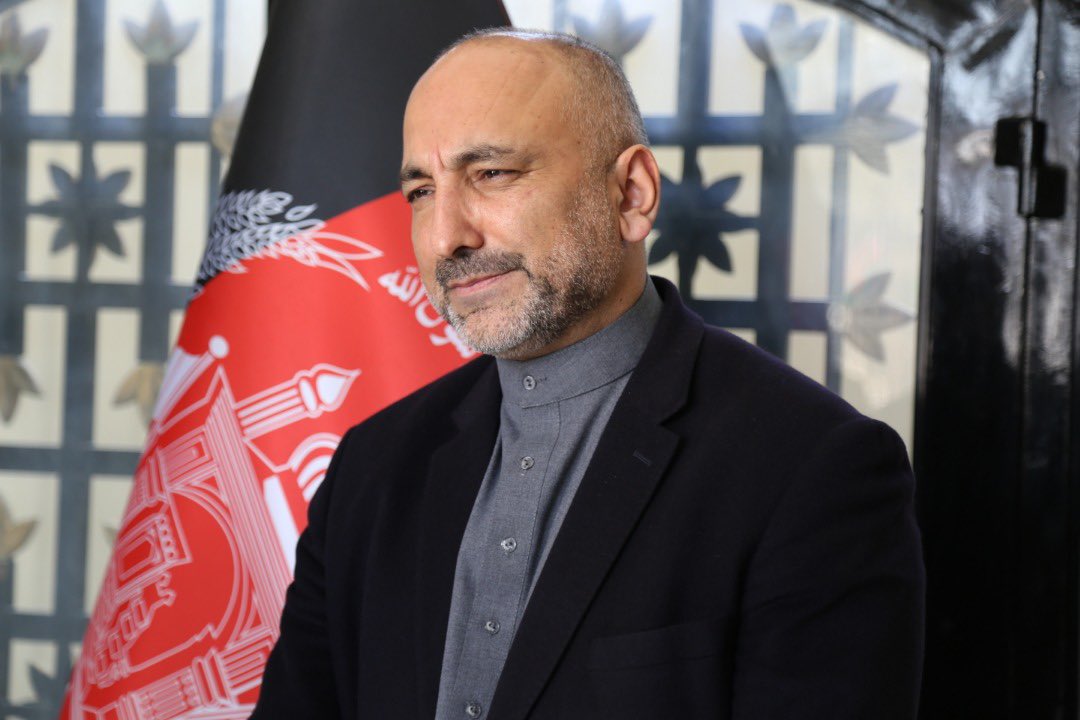 Afghanistan’s Minister of Foreign Affairs Mohammad Hanif Atmar has sought Pakistan’s help to halt the violent conflict in Afghanistan, saying that he hoped Islamabad would persuade the Taliban to return to talks again.

The situation in Afghanistan has taken a turn for the worse, with the Taliban launching a blistering campaign and capturing key districts of the country, in an escalated move as the US forces gradually withdraw from the country.

“We are hopeful Pakistan will help Afghanistan stop support to Taliban and end their brutal campaign,” said the Afghan minister.

In response to a question about whether the Afghan government thinks the US betrayed it, Atmar said that Washington and the Taliban drafted an agreement with honest intentions.

“The Taliban did not fulfil their part of the deal and deceived the whole world,” he said. “The Taliban are making a huge mistake. All of us have extended a hand of friendship towards them,” he added.

He said the Afghan government was telling the Taliban to honour the Doha peace deal, adding that Kabul had fulfilled its obligations of the deal when it came to the prisoners exchange and ensuring foreign troops leave the country.

The Tehreek-e-Taliban Pakistan (TTP) and Al-Qaeda have banded forces with other terrorist elements and are fighting alongside the Taliban against the government of Afghanistan, said Atmer.

“We are monitoring links between the TTP, Taliban and Al-Qaeda on a daily basis,” said Atmer. “These ties certainly exist.”

Atmer said his government knew of the locations in Pakistan and Afghanistan where Al-Qaeda members were killed and arrested.

“Then, we have regional players,” the Afghan minister said. “The TTP, Lashkar-e-Tayyaba, Jaish-e-Mohammad, Islamic Movement of Uzbekistan, ITIM, the Ansarullah and Jundullah are also fighting with them [Taliban],” he added.

Taliban launch blistering campaign as US prepares to withdraw Afghanistan

With the US pullout 90% complete, according to the Pentagon, the insurgents have launched a blistering campaign to capture new territory, and fears are mounting that Afghan forces will collapse without vital American air support.

President Ashraf Ghani had said the government had the capacity to handle the situation, but admitted difficulties lay ahead.