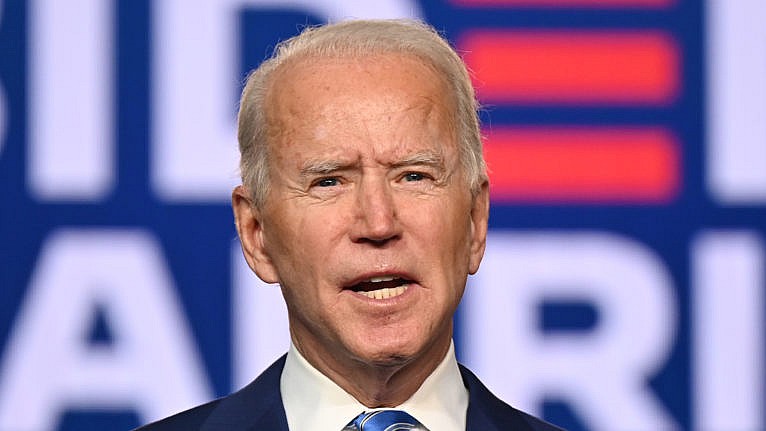 US President Joe Biden Thursday defended America’s decision to leave Afghanistan, rejecting the notion that the fall of Afghanistan to the Taliban was ‘inevitable’. However, the US president did admit that it was “highly unlikely” that a unified Afghan government would control most of the territory. His remarks came as the US and foreign forces leave Afghanistan, with the Taliban seizing key districts of the country with every passing day.

The US military has “achieved” its goals in Afghanistan — killing Osama bin Laden, degrading Al-Qaeda and preventing more attacks on the United States, Biden said in a White House speech. “We are ending America’s longest war,” he said, stating that the withdrawal would be completed by August 31 — earlier than his initial deadline of September 11. The Pentagon has said the exit is already 90% complete.

“The status quo is not an option,” Biden said of staying in the country. “I will not send another generation of Americans to war in Afghanistan. “The United States cannot afford to remain tethered to policies created to respond to a world as it was 20 years ago,” he said. “We need to meet the threats where they are today.”

Biden said the United States “did not go to Afghanistan to nation-build” and that the Afghan people alone should determine their future. But he acknowledged the uncertainty about what that future would look like. Asked if a Taliban takeover was “inevitable,” the president said: “No, it is not.”

The Taliban claim to have seized more than 100 out of nearly 400 districts in the country. “The Afghan government… has to come together,” Biden said. “They clearly have the capacity to sustain the government in place. The question is, will they generate the kind of cohesion to do it?” He expressed faith in Afghan forces, who for years have been trained by and received equipment from the United States, against the resurgent Taliban.

“I do not trust the Taliban,” Biden said, “but I trust the capacity of the Afghan military.” And he flatly rejected comparisons with the US experience in Vietnam. “The Taliban is not the North Vietnamese army,” Biden said. “They’re not remotely comparable in terms of capability.”

“There’s going to be no circumstance where you are going to see people being lifted off the roof of an embassy of the United States from Afghanistan,” he added. “It is not at all comparable.” The Taliban, for their part, welcomed Biden’s statement. “Any day or hour that US and foreign troops leave earlier is a positive step,” spokesman Suhail Shaheen told AFP.

Biden´s address came as fighting raged for a second straight day in the capital of Afghanistan’s Badghis province, with terrified residents either fleeing or locking themselves inside. Since the US ramped up its withdrawal the Taliban have launched a blistering campaign to capture new territory, and fears are mounting that Afghan forces will collapse without vital American air support.

Plumes of smoke billowed over Qala-i-Naw, soundtracked by gunfire as the insurgents fought hundreds of Afghan commandos rushed to the city overnight. Qala-i-Naw resident Aziz Tawakoli said Taliban fighters were still roaming the city. “You can see them going up and down the streets on their motorcycles,” he said.

Badghis health official Abdul Latif Rostaee said at least 10 civilians had been taken to hospital since the fighting erupted. “Our security forces are bravely fighting them and the enemy is being pushed back,” Badghis Governor Hessamuddin Shams told AFP on Thursday. But Badghis provincial council member Zia Gul Habibi said the Taliban had surrounded the city.

“All districts are under their control… People are really in fear,” she said. Afghan civilians have long paid an outsized price in the fighting. President Ashraf Ghani said the government could handle the situation, but admitted difficulties lay ahead. “What we are witnessing is one of the most complicated stages of the transition,” he said in a speech in Kabul. “Legitimacy is ours; God is with us.”

In London, Prime Minister Boris Johnson said most British troops had left Afghanistan, as part of a NATO withdrawal in parallel to the US pullout. The Taliban, meanwhile, appear to be pressing for a full military victory. Supposed peace talks between the insurgents and the government in Doha have largely fizzled out after months of deadlock, and the Taliban have captured dozens of new districts since early May. On Thursday Shaheen, a member of the negotiating team in Doha, insisted the insurgents still sought a “negotiated settlement.”

“We do not believe in monopoly of power,” he told AFP. Human Rights Watch said the insurgents were forcing people from their houses in northern areas that they had captured. Biden pledged to continue supporting the Afghan government and security forces and said thousands of Afghan translators who worked for US forces would be able to find refuge in the United States. “There is a home for you in the United States, if you choose,” he said. “We will stand with you, just as you stood with us.”