Singapore investors offered to set up industries in CPEC SEZs 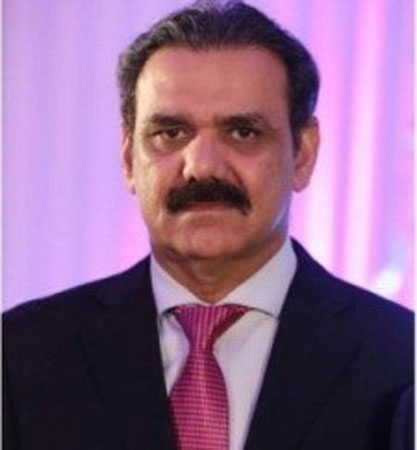 “I invite you to come in here for the win-win opportunity as we have a huge young human resource and cheaper labour force,” he said while addressing as a keynote speaker at a webinar on Investment Opportunities in CPEC related SEZs. The event was jointly organized by the Pakistan High Commission and the Embassy of China in Singapore. Bajwa said,”we are hungry for industrialization and development therefore Singapore investors could benefit from our potential,” he added.

He said Singapore could be a role model for Economic development for Pakistan and the Pakistan government wanted to get expertise of Singapore investors especially in science technology and industrialization. Speaking about the importance and achievements of the mega project, the Chairman pointed out that CPEC was a lifeline for Pakistan. The first phase, he said, was almost completed which was largely meant to bridge the energy and infrastructure gaps in the country.

“We are now moving towards the second phase of CPEC with a range of sectors including industrialization, tourism, science technology, and agriculture”, he added.

He said some 37 Special Economic Zones had been identified in Pakistan out of which 9 were prioritised and 4 were shortlisted as the most important ones.

Rashakai Economic Zone with a land cover of over 1000 acres of land has already launched where a Chinese company Century Steel has established its industry which is likely to start production within a year, he said adding 25 more companies were also lined up to set up their factories in the zone. Furthermore, he said the Allama Iqbal Zone in Faisalabad was also functional where a number of new industries were being constructed.

Bajwa said the foreign investors could tap the potential especially in textile and garments here, besides pharmaceutical industry was also very much suitable here.

Similarly he said another SEZ near the port city of Karachi was also being launched soon.

Gwadar Free Zone Phase-I, comprising 60 acres, was also completed and about 46 investors invested in these zones. He said there were about 12 factories in these free zones and out of the total, construction work on 03 factories have been completed so far.

The free zone phase-II, with a land cover of about 2,200 acres, would be completed by September this year and it would help to attract more foreign as well as local investment, he added. He said that the free zones project under CPEC would be completed in four phases and the project would be fully materialized by 2030, which would play a vital role in economic development of the country.

Prime Minister, he said, had recently ground broken the second phase. Chairman said Gwadar was very fast connecting with the North side of the country as construction work on the Western Route of CPEC was in progress.

Bajwa said Boston SEZ was another prioritised zone which is located near Quetta. Quetta is the epicentre of mines and minerals and investors of this sector could get the opportunity to set up their plants here.

He informed Iran that the border was very near to the Gwadar Port city and formal trade of Iran through Gwadar port would start soon.