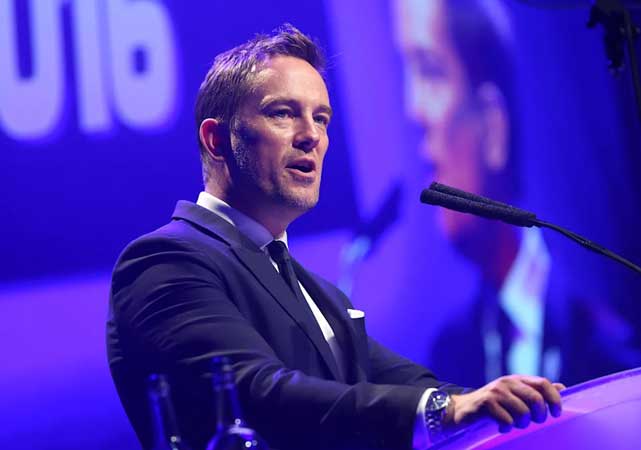 Simon Thomas has explained why he chose to keep his engagement to wife Derrina Jebb a secret. The TV presenter revealed last weekend that they had tied the knot and has now said he hadn’t publicly divulged their intention to get married due to “having shared so much of my life over the past few years”.

Thomas, 48, became a widower and single parent to son Ethan in 2017 when his first wife Gemma died just three days after being diagnosed with acute myeloid leukaemia.

Opening up about getting engaged in the Cotswolds, the father-of-one wrote to Instagram: “So here’s the story. We actually got engaged at the beautiful @lowermillestate.

“We didn’t share the news because having shared so much of my life over the past few years, this was something special that we wanted to keep to ourselves and those we love until we had got married. To enjoy the joy of being engaged without everybody else knowing.”

Thomas said he and Jebb originally planned to get married in the Cotswolds on New Year’s Eve 2020 but were forced to cancel due to the pandemic.

He went on: “So we decided on July 3rd in Norfolk, my home county. But even with two weeks to go we had no idea whether there would be 30, 50 or more allowed to celebrate with us. The the joy of the build up to our day was largely drained away as the restrictions continued and the pain of uninviting guests continued.

“But when the day at last came on Saturday, it was the most joy filled, love filled day we could ever have wished for. We laughed, we cried, we danced (outside) and most importantly we said – ‘I do.’”

The former Blue Peter host said it was only possible to them to exchange vows at the cathedral due to his late father having served as a vicar in Norfolk.

In his message, he thanked those who had helped pull their special day together before also thanking those who had lent their support.

He concluded: “And lastly thank you SO much for all the touching messages you’ve sent @derrina and I – we are incredibly moved by the kindness so many have shown us. I am so very blessed to have met and married such an incredible woman. #lovewins” Black and white snaps accompanied the post, including one of Thomas with his arms around Jebb, and another of the happy couple with Ethan.

When speaking about his son’s relationship with Jebb last year, Thomas said they had forged a “seamless bond”. 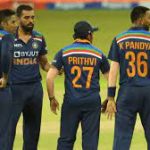