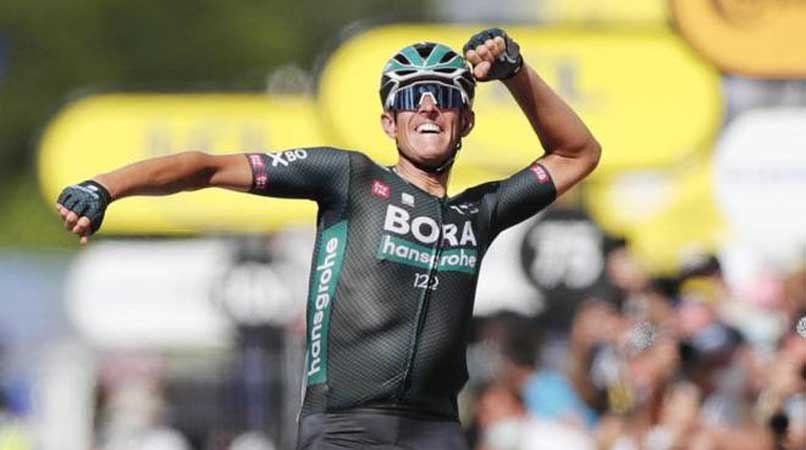 NÎMES: Germany’s Nils Politt won stage 12 of the Tour de France on Thursday after early winds helped a breakaway build up a convincing lead over the main pack in the Rhone Valley. An escape group finished the short stage to Nimes some 15min 52sec ahead of the chasing peloton, with the defending champion, UAE rider Tadej Pogacar, retaining his five-minute overall lead over a clutch of rivals. Politt attacked from within this reduced group for a dominant solo victory. Only 157 riders pulled out of Saint-Paul-Trois-Chateau on Thursday after a sore knee ended seven-time green jersey winner Peter Sagan’s adventure early, the first time the Slovak has failed to finish the 21-day, 3000km haul. While Mark Cavendish himself refuses to talk about equalling Eddy Merckx’s 35-year-old all-time record of 34 stage wins, it appeared to be a feasible scenario ahead of stage 12 and when the peloton rolled into the red-roofed town of Nimes, the ‘Manx Missile’ made a statement of intent by racing to the head of the main pack in a mock sprint.