Bilawal dares pml-n to ‘do politics like lions, not cats’ 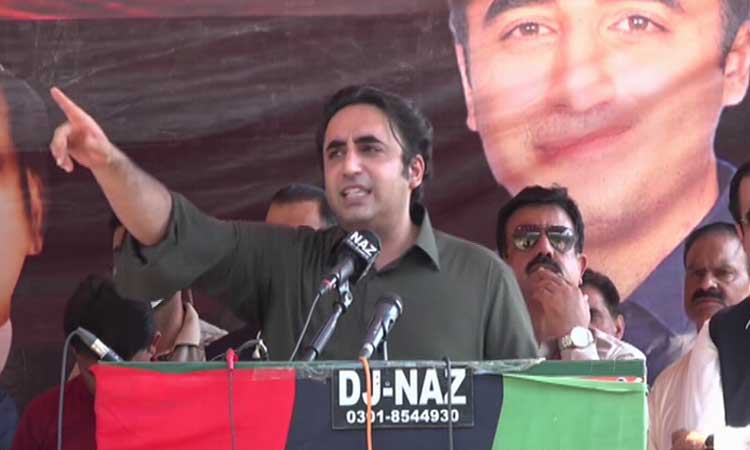 PPP Chairman Bilawal Bhutto-Zardari said Thursday “they” should do politics like lions, not cats, a veiled attack on the PML-N, a day after he had criticised the party for seeking deals with the government.

Bilawal, addressing an election rally at Azad Jammu and Kashmir’s Haveli District, said PPP would defeat all political parties, as he urged the region’s people to get rid of “cats” — another apparent reference to PML-N.

“We want them to do politics like lions, not cats; we want them to play their due role as an opposition party so we can give a tough time to the government,” he said.

PPP will follow PML-N into battle, Bilawal said but asked the party to wage a war first. “PML-N and PTI cannot look Modi in the eye and confront him.”

“The people who talk about sensitivities do not care about people’s emotions, as our prime minister deprived people of roti, kapra, makaan,” he added.

Bilawal is campaigning for the upcoming 11th General Elections of Azad Jammu and Kashmir — which will be held on July 25. PML-N Vice-President Maryam Nawaz is also in the region and is leading her party’s campaign.

The PPP chairman said if the opposition decides to move a no-confidence motion against Prime Minister Imran Khan or Chief Minister Punjab Usman Bazdar, his party would support them. “But we will not become a part of a political alliance to eat halwa or nihari in the future,” he said.

“The real face of tabdeeli is historic inflation, poverty, and unemployment,” the PPP chairman added.