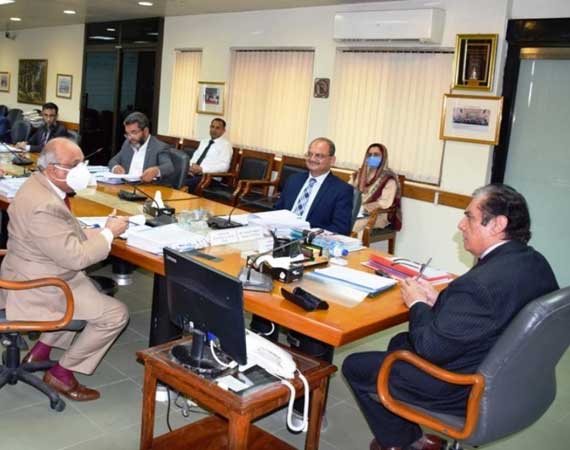 National Accountability Bureau (NAB), Chairman, Justice (R) Javed Iqbal on Thursday said the bureau, which has been made a business friendly institute, was striving to resolve the issues being confronted by the business community on priority basis.

Chairing a meeting at NAB headquarters, he said the bureau had already referred sales tax, income tax and under invoicing cases of the business community to FBR (Federal Board of Revenue) for further proceedings.

The meeting was apprised that the two delegations of FPCCI included a delegation headed by former President FPCCI, Karachi Daro Khan Achakzai and another delegation headed by former Vice President FPCCI, Karachi Sheikh Sultan had met with the NAB Chairman at NAB headquarters. The meeting was apprised that the NAB Chairman had addressed the business community at FPCCI, Karachi, Islamabad Chamber of Commerce and Industry and Lahore Chamber of Commerce and Industry.

The meeting was told that on assuming the coveted responsibilities of NAB Chairman, Justice (R) Javed Iqbal decided to listen to the complaints of common people in an ‘open Ketchery’ on every last Thursday.

He also established a Special Cell at NAB headquarters for resolving the complaints of the business community. The cell was working regularly. NAB has also set up a high level committee for solving the issues of the business community. The honest business community members should not listen to the baseless propaganda of vested interests and should concentrate and utilize their energies for the progress of the country’s economy. NAB believes in protecting the self esteem of every suspect. NAB has recovered a sum of Rs 533 billion directly or indirectly from the corrupt elements in the last three years. The bureau also returned the affectees a whopping amount looted by fake private housing societies.

The meeting was told that optimum efforts were underway to take billions of rupees cases of money laundering to logical conclusion. The meeting decided to file early hearing pleas of 1,273 valuing Rs 1,300 billion, under trial references in various accountability courts.