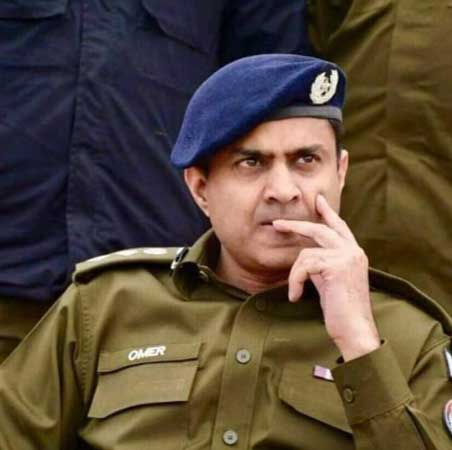 Punjab Chief Minister Sardar Usman Khan Buzdar while appreciating the performance of DPO Omar Saeed Malik on making modern monitoring and surveillance project operational in view of modern policing in Dera Ghazi Khan said that this project would bring peace along with crime control and a special facility to maintain law and order in the District. Briefing the Punjab Chief Minister on the occasion of inauguration of Smart City project at Police Lines DG Khan, DPO Omar Saeed Malik said that Smart City in the style of Safe City Lahore will prove to be a revolutionary project for crime control, traffic management and monitoring because under this project not only CCTV cameras have been installed at sensitive places in the entire city but also all matters related to policing have been brought together under one roof.

He further said that the purpose of setting up Smart City is to provide all modern police facilities to the people under one roof which will not only reduce crime but also help in tracing the culprits. He further said that equipped with state-of-the-art facilities, the 15 system has also been linked to Smart City where Smart City staff and police personnel both are on duty in three shifts and, all the police stations are being monitored by cameras. In case of any suspicious person or suspicious vehicle, the message is immediately given to the security personnel in the field who immediately check it. He further said that the entrances and exits of the district are also being monitored from here and in case of any emergency, the police teams would take immediate action and go out in the field to thwart the nefarious aims of the miscreants.

Appreciating the performance of Omar Saeed Malik, Punjab Chief Minister Sardar Usman Khan Buzdar said that like Vehari, in Dera Ghazi Khan, he has made the Smart City project operational in a very short span of time which is a role model for supervisory officers in all fields.

He further said that in modern times it is not possible to improve service delivery without effective use of information technology and DPO Omar Saeed Malik is one of the professional officers who maintains high standards of policing as per the requirements of modern times. DPO DG Khan Umar Saeed Malik thanked the Punjab Chief Minister and said that police teams would work day and night to eradicate crime from the society and no sacrifice will be spared in the process of protecting the lives and property of the people. He further said that more projects would be launched in the future to improve the convenience and service delivery of the people in the style of Smart City and more cameras in DG Khan city would be connected with Smart City in collaboration with the business community.