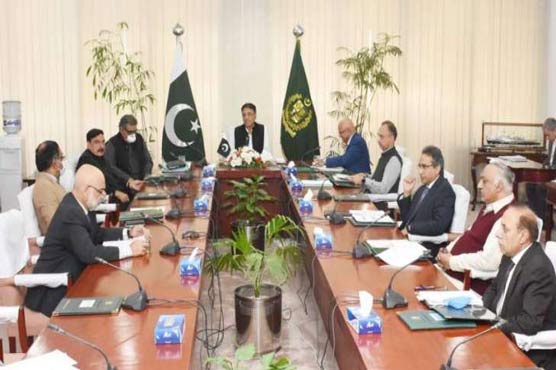 ISLAMABAD: The Cabinet Committee on Energy (CCOE) Thursday directed the Petroleum Division to submit a formal summary regarding pipeline capacity allocation for new terminals to the CCoE containing the final proposals for approval of the cabinet.

The CCoE which met here presided over by Minister for Planning Development and Special Initiatives Asad Umar here also received a report of the Sub- Committee of CCoE on ‘Pipelines Capacity Allocation for New Terminals’. The Committee was headed by Deputy Chairman Planning Commission.

The committee noted the recommendations and directed the Petroleum Division to submit a formal summary in this regard.

Maritime Affairs Division also presented the report of the inter-ministerial committee on establishment of new LNG terminals. The CCoE was informed that the committee had held extensive consultation and was able to address a large number of issues, which required inter-departmental and inter-ministerial consensus.

Representatives of regulatory authorities and officials of provincial governments have also participated in the meeting.