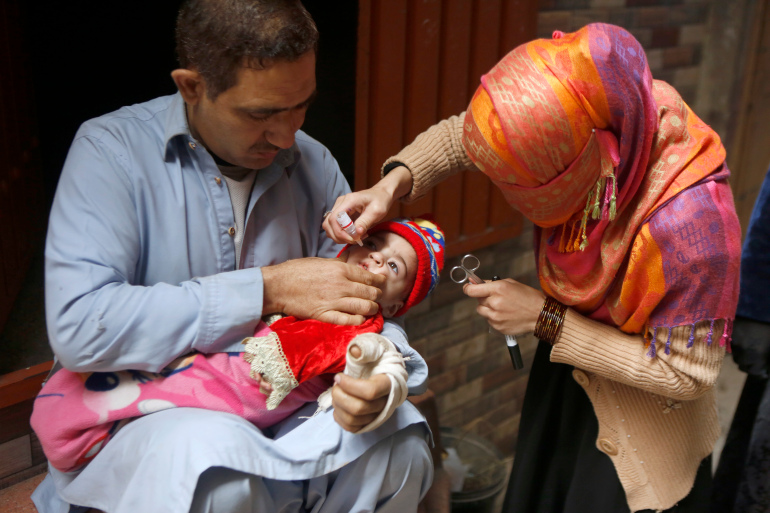 ISLAMABAD: Over 33 million children under the age of five years received their vaccinations during the sub-national anti-polio campaign.

The campaign was conducted from June 7 to 11 in 124 districts of the country, including all four provinces, Azad Jammu and Kashmir and the federal capital Islamabad.

The sub-national campaign was inaugurated by Prime Minister Imran Khan reaffirming the government’s commitment to eradication.

Congratulating the provincial government and partners for the successful polio campaign, the Special Assistant to the Prime Minister on National Health Services Dr. Faisal Sultan said, “This is the most critical time for the programme, reaching and sustaining zero polio cases and transmission requires even greater efforts.”

He added, “We must work in close integration with broader routine immunization services to tackle all vaccine-preventable diseases. More than 225,000 Sehat Tahafuz frontline workers visited families and caregivers during the campaign ensured vaccination of children from the crippling poliovirus.

He said, as a result, the programme successfully achieved its target to build children’s immunity amid the third wave of the COVID-19 pandemic. Moreover, the frontline workers strictly followed the standard COVID-19 operating procedures during the campaign.

“With the great support of parents and communities, the programme achieved the campaign target; however, now is not the time for complacency. The current gains of the programme are fragile and can easily be reversed, especially during the upcoming season when the virus is especially active,” said Dr. Shahzad Baig, Coordinator of the National Emergency Operations Centre, Polio Eradication Initiative (PEI).

He urged everyone to continue their hard work and concerted efforts to overcome the hurdles in the last mile to eradication.

He said Polio is a highly infectious disease caused by poliovirus mainly affecting children under the age of five years. It invades the nervous system and can cause paralysis or even death.

He added while there is no cure for polio, vaccination is the most effective way to protect children from this crippling disease. Each time a child under the age of five is vaccinated, their protection against the virus is increased. Repeated immunizations have protected millions of children from polio, allowing almost all countries in the world to become polio-free, he said.