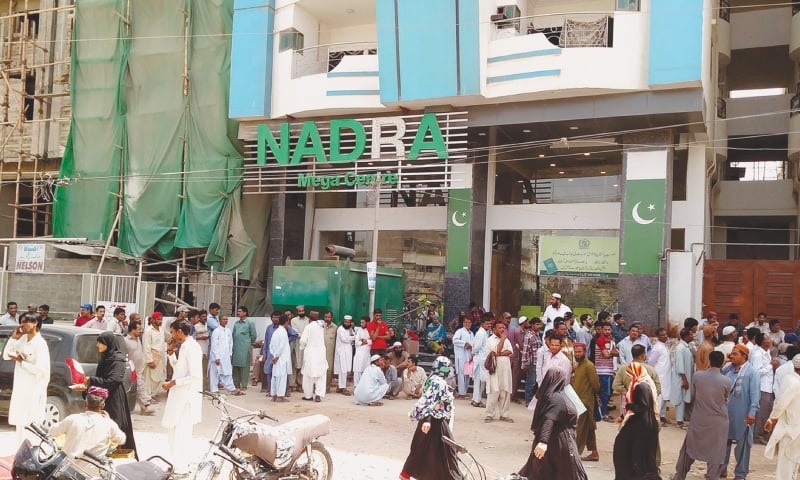 KARACHI: The Federal Investigation Agency (FIA) has revealed that the Afghan agency National Directorate of Security (NDS) had issued Pakistani national identity cards to the terrorists associated with outlawed Tehrik-i-Taliban Pakistan (TTP) from the database of National Database and Registration Authority (NADRA).

The revelation was made in a press conference conducted by the director of FIA Sindh Zone I, Amir Farooqui, today, saying that computerised national identity cards (CNICs) for TTP terrorists had been made by using the NADRA database.

Amir Farooqui added that the national identity cards were also issued to Al-Qaeda terrorists from NADRA, whereas a suspect involved in Safoora carnage, Imran Ali, an Indian citizen, had also gotten a CNIC from the authority.

The FIA director said that the investigation exposed the manipulation of suspects’ identifications who were involved in the armed attack on the Chinese consulate in Karachi as Allah Nazar and other terrorists managed to get CNICs from NADRA.

Amir Farooqui said several NADRA Sindh employees were involved in the crime to issue national identity cards to the terrorists of outlawed outfits.

In May, Federal Minister for Interior Sheikh Rasheed had taken notice of the issuance of National Computerized Identity Cards (CNICs) to foreigners and removed DG RHO Karachi Mir Ajam Khan Durrani from the post.

At least 25 employees of the National Database and Registration Authority (NADRA) had been arrested for allegedly issuing illegal national identity cards to foreign nationals.

Registration of four foreigners had unearthed in Karachi, Rawalpindi, and Sargodha. An operation had also been launched against the corrupt mafia on the intelligence report of security institutions.