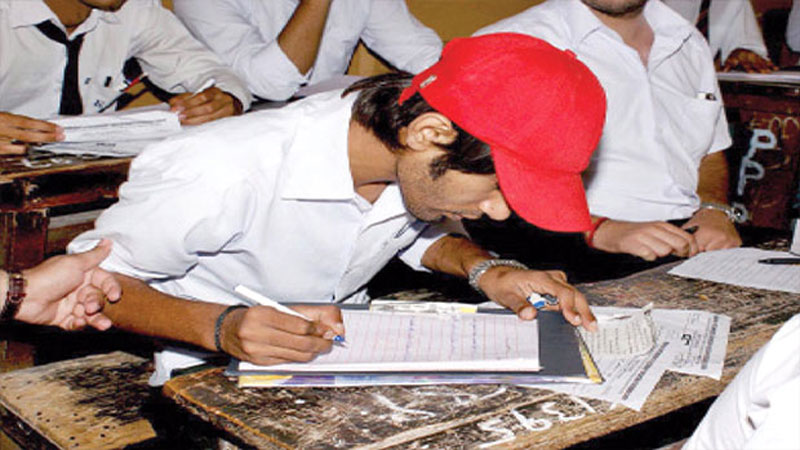 KARACHI: The cheating mafia once again outperformed the authorities and leaked the ninth class biology paper in Sindh board exams.

The exam was leaked half an hour before the paper started, on WhatsApp groups.

The cheating mafia in Karachi wasted no time and shared the solved ninth-grade biology paper 15 minutes after it began.

In Larkana, the students were seen to be freely using mobile phones in the examination centres during their paper, blatantly violating the merit system.

The cheating mafia leaked a ninth-grade physics paper in Nawabshah, Dadu, and Mehrab Pur, just five minutes after the exam began. Whereas the solved paper was shared in WhatsApp groups.

Despite the imposition of Section 144 by the authorities in MehrabPur, the cheating mafia ignored the restrictions and continued their wrongdoing, challenging the education authorities.

The Matriculation examination in Sindh has devolved into a farce, as the board annual papers continue to leak despite the authorities of the Sindh Boards of Intermediate and Secondary Education’s lofty claims about their efforts to combat the cheating mafia.

The rampant cheating in exams in different areas of Sindh including Karachi, Larkana, Sukkur, Ghotki, Nawabshah, Hyderabad, Sanghar and Kambar was putting a big question mark on the efficiency of the boards’ examination staff.

Observers and parents have criticized the Sindh government’s seriousness regarding the episodes of cheating in the province.