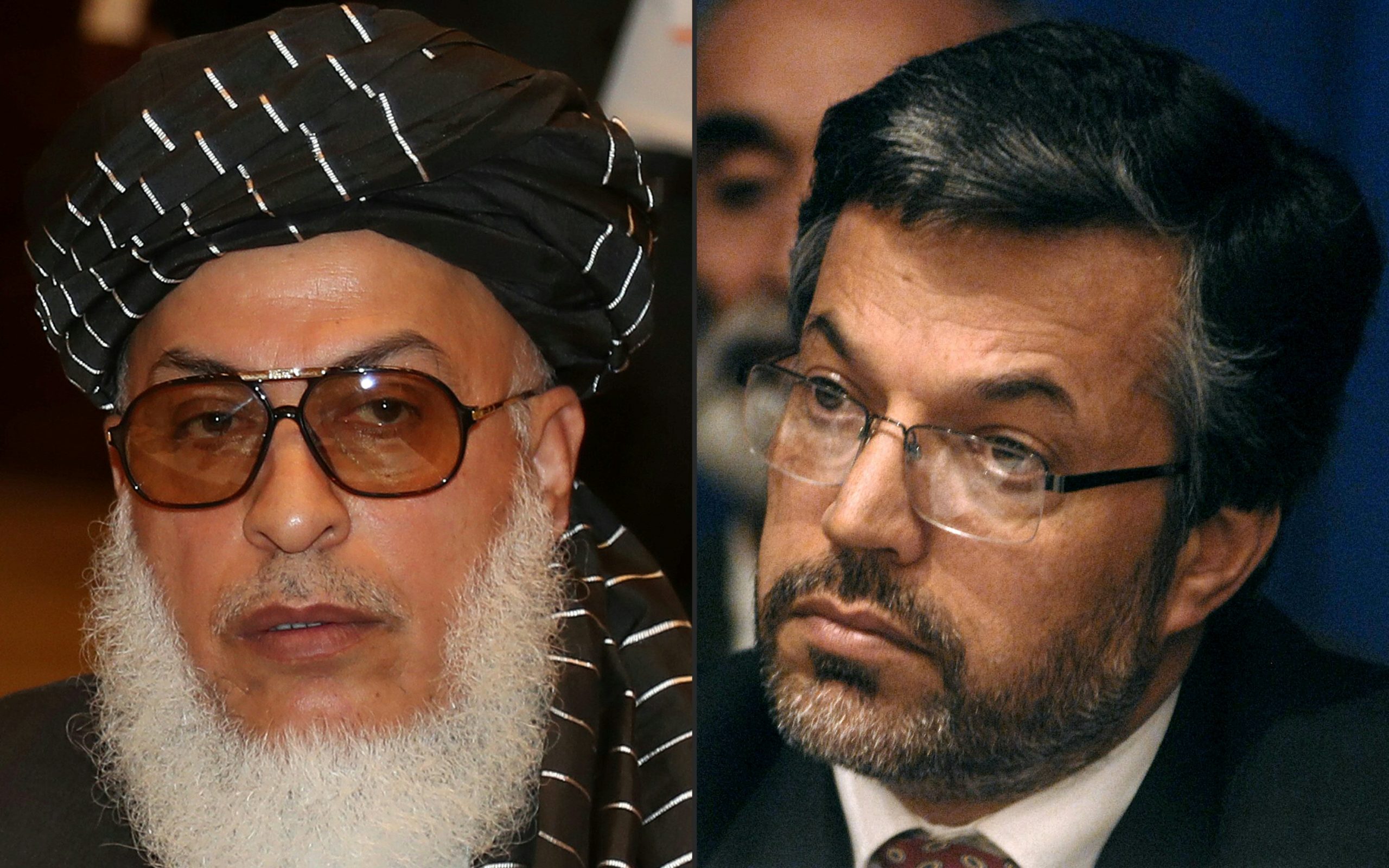 An Afghan government delegation met with Taliban representatives in Tehran Wednesday, the Iranian foreign ministry said, as the Islamist militia pressed a lightning advance amid the pullout of US troops.

Opening the talks, Iran’s Foreign Minister Mohammad Javad Zarif welcomed the departure of its US foe from its eastern borders but warned: “Today the people and political leaders of Afghanistan must make difficult decisions for the future of their country.” Deputy chief negotiator Sher Mohammad Abbas Stanikzai headed the Taliban delegation while former vice president Younus Qanooni represented the government, the Iranian ministry said.

Taliban spokesman Zabihullah Mujahid confirmed Stanikzai’s visit to Tehran to “discuss issues of mutual interest”. But he made no reference to any Afghan government delegation, saying only that Stanikzai was holding talks with “some Afghan personalities”. “They will discuss and exchange opinions on the current situation of the country and finding a solution through talks,” Mujahid added. In his opening remarks, the Iranian foreign minister hailed the “defeat” of US troops after two decades of war that had caused “extensive damage” but warned of the “unfavourable results of continuing the conflict”.

Iran hosts several million Afghan refugees and migrant workers and is deeply concerned about the intensifying turmoil in the neighbouring country. Zarif appealed to the warring parties in Afghanistan to return to the negotiating table, calling “commitment to political solutions the best choice for Afghanistan’s leaders and political movements”. “We are proud to have stood alongside our noble Afghan brothers and sisters during the jihad against the foreign occupiers,” he added, in a video excerpt of his speech released by the ministry. The United States, which has tense relations with Iran but briefly worked with Tehran on Afghanistan after the September 11, 2001 attacks, was circumspect about the talks. Afghanistan’s neighbours “have a stake in Afghanistan’s future” and can help “promote the cause of peace,” State Department spokesman Ned Price told reporters in Washington. “Afghanistan’s neighbours need to play a constructive role. What Iran is trying to do, or is in the process of trying to do by hosting this meeting, may well be constructive. I think the jury is still out,” Price said. On Tuesday, Afghan authorities vowed to retake all the districts lost to the Taliban as the pullout of US forces neared completion.

Hundreds of commandos were deployed to counter the insurgents’ blistering offensive in the north, a day after more than 1,000 government troops fled into neighbouring Tajikistan. But on Wednesday, the Taliban attacked the Badghis provincial capital Qalat-i-Naw, the first regional seat they have entered since the launch of their latest offensive, local officials said. The insurgents already control all of the surrounding countryside in the western province.

The US Central Command meanwhile announced that the American withdrawal from the country, ordered in April by President Joe Biden, was now more than 90 percent complete, underscoring that Afghan forces are increasingly on their own in the battle with the Taliban. Zarif also received India’s Foreign Minister Subrahmanyam Jaishankar later in the day, with the two discussing the Afghan talks and other issues, according to Iran’s foreign ministry. Jaishankar met Iran’s president-elect Ebrahim Raisi next and conveyed a message of congratulations from India’s Prime Minister Narendra Modi, state TV said.