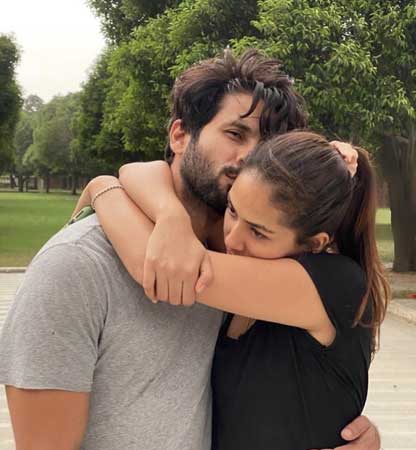 Shahid Kapoor and Mira Kapoor are celebrating their sixth marriage anniversary today. Mira took to her Instagram handle to share a photo of herself embracing Shahid and wrote, “Love you more than words suffice. Happy 6, my love my life.” Mira and Shahid Kapoor had tied the knot on July 7 in 2015 in a private ceremony. The duo had reportedly met through family friends. A year later, Mira gave birth to their first child, a daughter called Misha. In 2018 September, the couple welcomed a baby boy, Zain, into their lives. While Mira is a social media influencer and regularly updates about her personal and professional life via social media handles, Shahid also keeps sharing loved-up photos of the pair on his Instagram account. Due to their age-difference, the couple are sometimes trolled for choosing each other. However, once Shahid had opened up about the subject and defended Mira’s decision to marry him when she did. “My wife is an amazingly mature, evolved human being who decided and was sure of who she wanted to marry at the age of 20. How many people have the conviction to do that? I think you spend your life well in your 30s like I have. I had no clue what I wanted to do at 20.