Maryam Nawaz calls for neutral establishment, says it is a demand of the nation 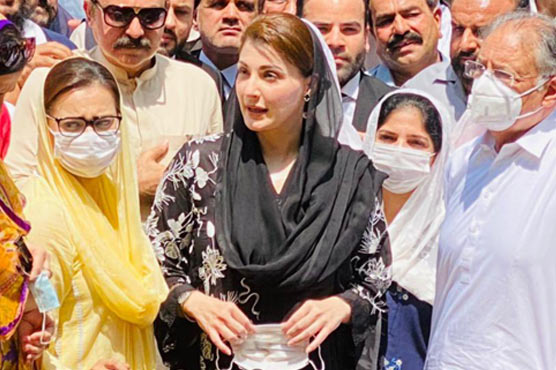 Pakistan Muslim League (Nawaz) Vice President Maryam Nawaz Sharif has spoken out in favour of a neutral establishment, saying it is a just demand of the Pakistani nation.

During her a television interview, she stressed the need for having a neutral establishment and was of the view that it was a demand of the people of Pakistan and it was as per the spirit of the constitution.

On the question of non-participation of Prime Minister Imran Khan in the National Security Committee meeting, she asked the interviewer that had Imran participated in the meetings of Gilgit-Baltistan or Kashmir?

Maryam stated that Imran never participated in any national affair or issue and said that the government claimed that the premier skipped the national security meeting by putting the blame on Pakistan Muslim League-Nawaz (PML-N) President and Leader of the Opposition Shehbaz Sharif stating that he didn’t want him to be there.

She said she would want to ask the prime minister that did he listen to Shehbaz Sharif on other affairs as well? She remarked that government should fool somebody else by giving such foolish statements.

Before her departure to Azad Kashmir where she would open the PML-N election campaign, Maryam said that Imran Khan was ruling over 220 million people of Pakistan by usurping power, how could he give freedom to the Kashmiris. “A usurper can only think about how to usurp,” she added.

Maryam felt sorry how Imran shattered the dream of Kashmiri freedom. She said she was going to Kashmir to console the Kashmiri people as Imran’s treason has hindered the Kashmir struggle.