Megaship heads out of Suez after Egypt deal 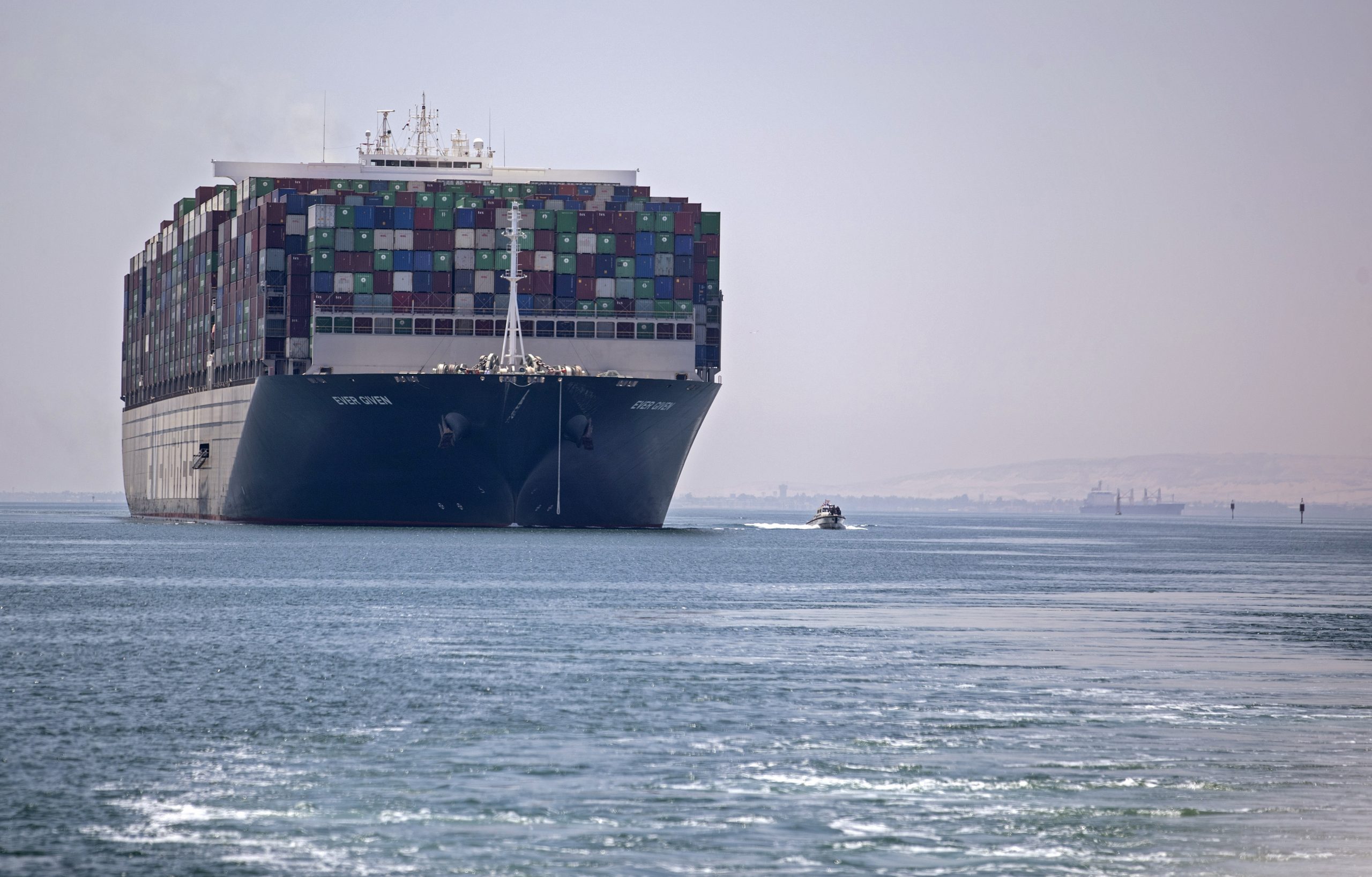 The megaship MV Ever Given which blocked the Suez Canal for six days in March headed out of the waterway on Wednesday as Egypt and the vessel’s Japanese owners signed a final compensation deal that lifted its arrest.

The ship weighed anchor and started to move north from the central canal city of Ismailia towards the Mediterranean Sea, shortly after 11:30 am local time (0930 GMT). The nearly 200,000-tonne container vessel became wedged across the canal during a sandstorm on March 23, blocking a vital artery from Asia to Europe that carries 10 percent of global maritime trade and pumps vital revenues into Egyptian state coffers. After a round-the-clock salvage operation to dislodge it, Egypt seized the ship and demanded compensation from Japanese owners Shoei Kisen Kaisha for lost canal revenues, salvage costs and damage to the canal. In a ceremony attended by ambassadors and international media, Suez Canal Authority chief (SCA) Osama Rabie inked a final deal with representatives of the ship’s owners. “I announce to the world that we have reached a deal,” Rabie said, flanked by Egyptian and Japanese flags in the ceremony carried live on Egypt’s state television.

He described the six-day salvage operations in March as a “race against time” to restore global shipping flows. “We were facing a tough test with the world watching,” he added. The SCA announced last month that it had signed a non-disclosure agreement with the Japanese firm ahead of reaching a final deal. Khaled Abou Bakr, a prominent lawyer who headed the negotiation team of the SCA, reiterated Wednesday the “secrecy” of the final compensation package shortly before the signing. “I can unequivocally state that we preserved the full rights of the Authority,” he said. Cairo had initially demanded $916 million in compensation before slashing that to around $550 million, but the final amount has been the subject of tough negotiations.

Egypt, which earns over $5 billion a year from the Suez, lost between $12 million and $15 million in revenues for each day the waterway was closed, according to the SCA. The MV Ever Given’s grounding and the intensive salvage efforts needed to refloat it also resulted in significant damage to the canal. In April, maritime data company Lloyd’s List said the blockage by the vessel, longer than four football fields, held up some $9.6 billion-worth of cargo each day it was stuck. The Taiwanese-operated and Panama-flagged vessel was refloated on March 29, and tailbacks totalling 420 vessels at the northern and southern entrances to the canal were cleared in early April. On Tuesday, the Ismailia Economic Court ruled the seized ship with its crew on board was being released following a request from the SCA.

According to tracking service MarineTraffic, the ship had been moored in the northern part of Great Bitter Lake. It departed with its complete cargo of 18,300 containers intact, SCA sources told AFP. In a Sunday interview with a private television channel, Rabie said the Ever Given had suffered “no leakage”. He said Egypt would also receive a 75-tonne tugboat from Shoei Kisen Kaisha as part of the compensation package, and noted that the family of one rescue worker who died during the salvage operation would also be compensated. “The Suez canal has always been a site of sacrifices since it was built,” he said.

Rabie waved off the megaship as it headed to the Mediterranean surrounded by captains clad in white waving Egyptian flags. In a show of appreciation, the SCA also presented a silver plaque to the Ever Given’s captain and crew, who had been stranded for months. Even with the grounding of the ship, Rabie said on Sunday that canal revenues in the first half of the year had topped $3 billion. But officials have been keen to avoid reputational damage from the incident, trumpeting Egyptian efforts in the salvage operation. President Abdel Fattah al-Sisi swiftly pledged investment to avoid any repetition of the crisis, and in May approved a two-year project to widen and deepen the southern part of the waterway where the ship ran aground. Sisi had overseen the $8 billion expansion of a northern section of the canal to much fanfare in 2014-15.