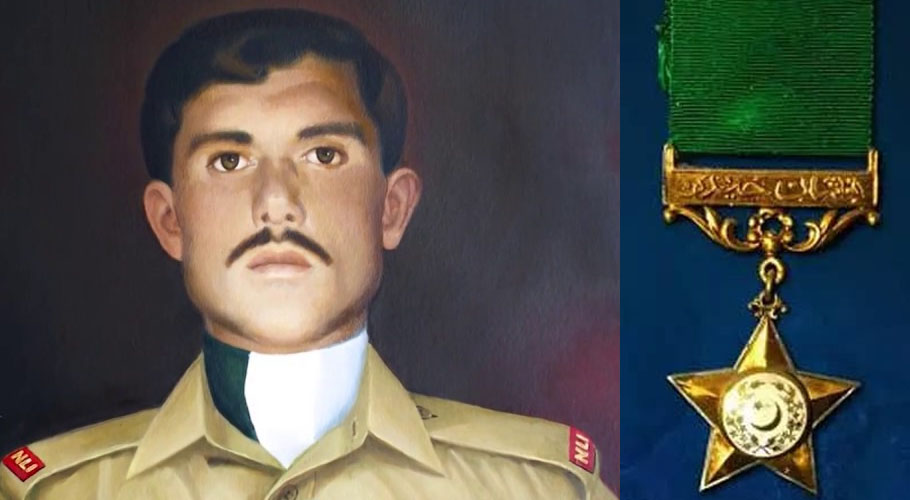 The 22nd martyrdom anniversary of the brave soldier is being observed in the country today.

Shaheed Lalak Jan was awarded the country’s highest award Nishan-e-Haider for the courage he showed in the Kargil War in 1999.

To commemorate the anniversay, Major General Babar Iftikhair said in a tweet, “His fortitude & selflessness will keep inspiring the in­domitable defenders of Pakistan for times to come.”

When the war broke out, he was serving in the Northern Light Infantry Regiment. He fought from the forefront to thwart heavy Indian attacks.

As the enemy prepared for a major offensive in May 1999, Havaldar Lalak Jan volunteered to fight on the frontline. He valiantly defended his post with a few men with him and repulsed numerous attacks from the enemy.

On July 7, the enemy constantly engaged his post for the entire day with unprec­edented firepower. It was followed by a three-pronged night attack. Despite being critically injured, he refused to be evacuated and successfully repulsed the attack, inflicting heavy losses on the enemy.

Later, Havaldar Lalak Jan succumbed to injuries and embraced Shahadat while defending the mother­land. Several Indian accounts maintain, “It had been the most gallant defensive action fought to the last man”.

The martyr was born on April 1, 1967 in Hindor, Yasin Valley, Ghizer, Gilgit Baltistan.