Heidi Klum on repeatedly renewing her vows with ex-husband Seal 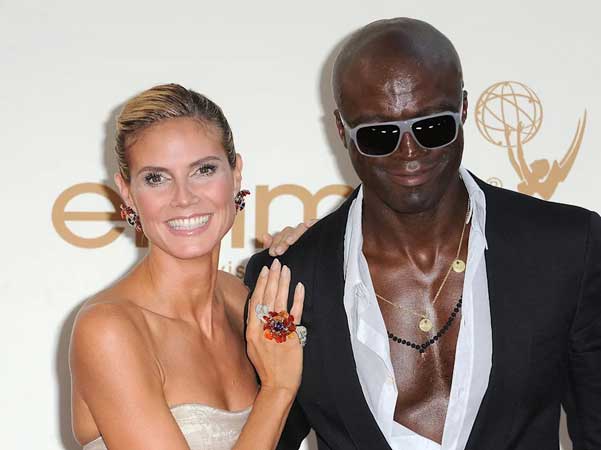 Officially, Heidi Klum has been married three times: to hairdresser Ric Pipino, then singer Seal, then her current husband, Tokio Hotel rocker Tom Kaulitz. During her marriage to Seal, however, the German supermodel and the “Kiss From a Rose” singer repeatedly renewed their marriage vows each year — but ultimately split in 2012.

“I think I got married eight times to Seal,” Klum, 48, now says of the former couple’s multiple trips to the altar in a new interview with the Sunday Times. “I thought it would be kind of, like, fun. I thought it would be a fest of love. But you know, that doesn’t work either. I tried, you can’t say I didn’t try!”

She admits that over time she began to lose faith in the repeat ceremonies: “Like, ‘This is really not working.’ But I tried.”

Seal, 58, has also addressed the vow renewals, telling Andy Cohen in 2015 that “that was my ex-wife’s idea, to be honest.“

Noting that he “disliked” that the ceremonies were publicized, he added, “It kind of turned into a little bit of a circus, which I wasn’t terribly fond of because, by default, I’m quite a private person.”

The former couple now co-parent their three children together, plus eldest daughter Leni, 17, whose biological father is Klum’s Flavio Briatore. Last year Klum accused Seal of barring her from taking the four kids abroad to film Germany’s Next Top Model, though they later reached an agreement permitting the travel.

“It could be easier sometimes, but everyone is healthy and that’s the most important thing,” she tells the Sunday Times of co-parenting with her ex. “Everything else can be figured out.”

The interview also sees her gushing over new husband Kaulitz, who is 31. Klum has previously described the musician, whom she wed in 2019, as her first real partner.

“Sometimes it’s just talking things out, you know? I never really had that before,” she says of the relationship. “Before I always had to make all the decisions, do all the planning for everyone.”

She adds, “I didn’t know that it could be like this. I’m just finding all these things out.”

She jokingly credits her younger husband with keeping her young.