Enrique Iglesias pictured alongside twins he shares with Anna Kournikova 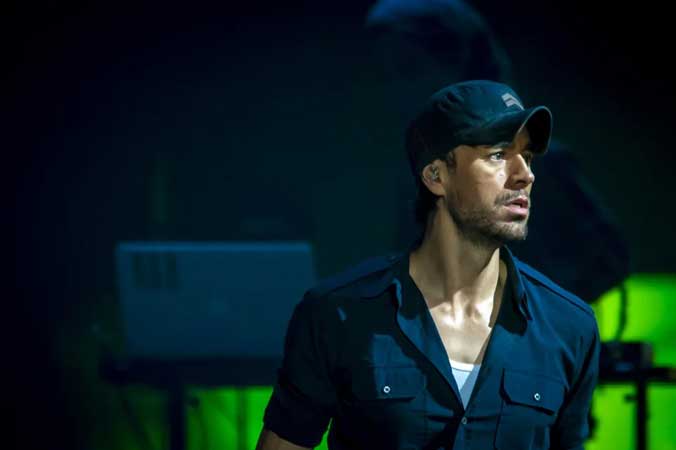 Enrique Iglesias has shared a rare photo of himself with his twin son and daughter. The singer welcomed fraternal twins Lucy and Nicholas in 2017 with former tennis pro Anna Kournikova while the couple also have a one-year-old daughter Mary. The father-of-three was covered up with a hat and t-shirt and wore a bandana around his neck as he posed with his tongue out while holding his son and daughter in a swimming pool. Lucy smiled while wearing white heart-shaped sunglasses although Nicholas looked to be less-than-impressed as he pulled a disgruntled face. The family appeared to be celebrating Independence Day by the water as Iglesias, 46, captioned the snap with a hashtag reading: “#fourthofjuly.” Iglesias also hashtagged “MEPASE”, which is the name of his new single. Kournikova, 40, and Iglesias, who are said to have met on the set of his Escape music video in 2001, have tended to keep details of their family life and relationship private. The Grammy Award-winning artist has previously opened up about his desire for privacy, telling E! News in 2014: “For me, my personal life, I do try to keep it as private as possible because I need that balance.