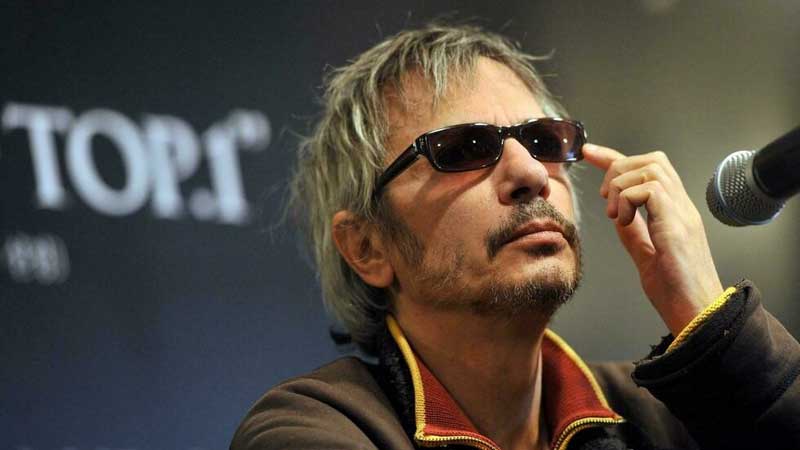 Leos Carax, whose rock opera “Annette” opens the Cannes film festival on Tuesday, has never been afraid of freaking people out.

It’s a typically idiosyncratic Carax tale, with a singing Adam Driver as the stand-up comic father of a toddler with a weird gift.

Strangeness has been Carax’s stock and trade since he burst onto the international scene 30 years ago with “The Lovers on the Bridge”, a financial calamity that became a cult classic.

His leading man Denis Lavant was badly injured on the set and did not speak to the director again for 15 years.

Co-star Juliette Binoche — who had once dated Carax — accused him of being a sadist.

The gaunt, dishevelled Carax put the pair through hell, forcing them to hang around and drink with homeless people to get into character as tramps.

The baroque story of penniless lovers living on some of Paris’ grandest streets quickly ran into problems, not least because it was to be shot on the famous Pont Neuf bridge.

When that proved a nightmare, an expensively-built set recreating the French capital’s historic heart was all but washed away in a storm.

Then filming was halted entirely when Lavant — who had learned to breathe fire to play the beggar who performs circus tricks for spare change — badly injured his thumb.

Tragedy and disaster would go on to mark Carax’s career as much as his great ambition.

His screen name is an anagram of his first name Alex and “Oscar”.

And indeed it looked like his destiny might be to have a mantlepiece full of Academy Awards.

Carax was just 30 when “Lovers” came out but he had already been hailed as the new Godard — displaying similar stylistic brilliance and baffling storylines.

It also helped that like the French New Wave master, Carax is never without his dark shades.

“In my films there is no fear of ridicule,” he declared.

“You make films for dead people, but you show them to the living,” he added, equally enigmatically.

There was more than enough promise in his first features “Boy Meets Girl” in 1984 and “The Night is Young” two years later to justify the hype.

Not that Carax has ever gone for easy hits nor mass appeal — which was just as well.

After the furore over “Lovers on the Bridge”, he took nearly a decade to make “Pola X”, a steamy tale about a young novelist who dates his sister starring Russian actress Yekaterina Golubeva, Carax’s partner at the time.

But “Pola X” was a flop and it would be another 13 years before Carax managed to make another film.

During this hiatus, Carax left France for New York, and faced a horrific series of personal and professional setbacks that would have sunk others.

In 2011 Golubeva, who suffered from depression, committed suicide at 44, leaving Carax to raise their six-year-old daughter.

He dedicated his next film “Holy Motors” to the actress. Released in 2012 it was an unexpected hit with audiences, and Lavant — finally reconciled with the director — won the Cesar, a French Oscar, for best actor.

But what the film was actually about was anyone’s guess.

It follows actor-for-hire Mr Oscar — another wink to Carax’s alter ego, as well as a jab at Hollywood — who takes us into a weird world of talking limousines.

“The film is simple if you accept to not know where you are going,” Carax said. “A child that sees the film has no problem (understanding it).”

Kylie Minogue singing “Who Were We?” — which Carax wrote for the soundtrack of “Holy Motors” — would foreshadow his latest feature, a musical.

“Annette” is the story of a glamorous couple, a comedian and an opera singer, who have a very gifted child.

Nearly all the dialogue in the film is sung, with Driver and Cotillard using their real voices, and the music written by the American indie band Sparks.

Pop queen Rihanna and Hollywood star Michelle Williams were originally in the frame for the Amazon-backed movie, Carax’s English-language debut.

But like so many Carax projects, it appeared cursed.

First Rihanna and then Williams dropped out, with production delays and Driver’s “Star Wars” schedule also getting in the way of shooting in the US, Belgium and Germany.

Then when it did finally wrap, the world’s cinemas shut because of the coronavirus pandemic.