Uzbekistan to extend railroad from Surkhandarya to KP province: Ambassador 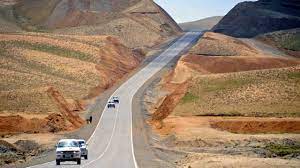 The two sides discussed the overall situation in the region and measures to boost trade ties, strengthen people to people contact and investment in different sectors.

The Uzbek ambassador told the governor that his government had laid a railroad from Termez city to Mazar Sharif in Afghanistan and intended to extend the railroad further till Peshawar from Mazar Sharif.

Both the sides emphasized on initiating joint projects in the fields of trader, industrial cooperation and railways and also agreed to sign an agreement for declaring Surkhandarya province and KP province as twin sister cities due to similarity of culture and norms.

The governor apprised the visiting ambassador about potential investment in olive, gemstones, honey production, Saffron, tourism and medicines in the province and agreed on initiation of joint ventures in different fields.

The ambassador informed the KP Governor that a transit trader agreement would be finalized and signed between the two countries during the upcoming visit of Prime Minister, Imran Khan to Uzbekistan.

The ambassador invited the governor to visit Uzbekistan after the PM’s visit along with business delegations which was accepted by the latter.