Govt to unveil EVMs in next 8-10 days, says Shibli Faraz 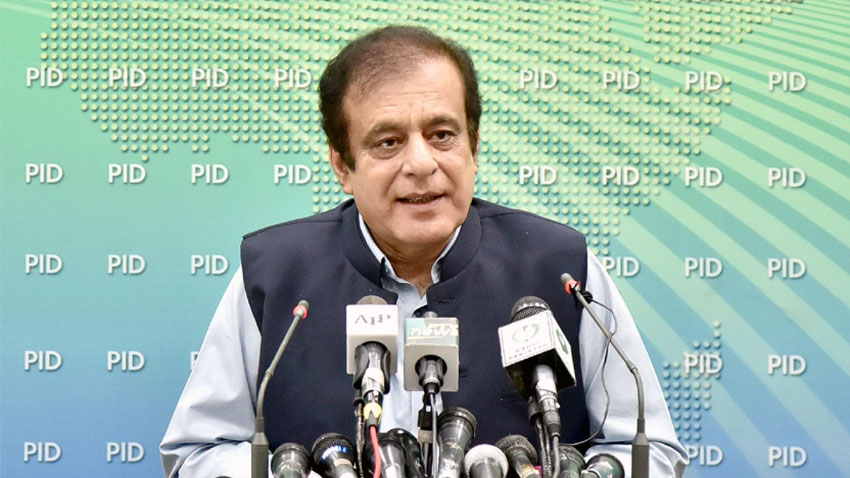 ISLAMABAD: Federal Minister for Science and Technology Shibli Faraz on Tuesday said that the government, in its mission to strengthen the country’s electoral system, would unveil electronic voting machines (EVMs) in the next 8-10 days.

“The machine will be provided to the Opposition and relevant stakeholders […] and it can be tested anywhere,” the science minister said during a casual conversation with journalists in Islamabad.

Providing details, the federal minister said the machine would be user-friendly and would be able to function for two days after being charged.

“There is no chance of the votes going to waste through EVMs,” he said.

The National University of Sciences and Technology and COMSATS University Islamabad are among the three institutions working on the EVMS.

“There will be a paper ballot along with the electronic voting record […] the paper used for paper ballots can be utlised for a total period of five years,” he said.

In the coming days, we will be able to make 2,000 machines on a daily basis, he said, adding that the government is trying to make waterproof machines.

The minister said the government would test the EVMs in by-elections, while a total of 400,000 machines will be required for the general elections.

The science minister said he did not know much about ventilators earlier, but after he was briefed about it, he learned that the locally-developed ones did not meet international standards.

‘EVM only solution for transparent elections’

Shibli, a day earlier, had said that EVMs were the only solution to conduct free, fair, and transparent elections in the country.

The incumbent government has always invited the Opposition parties to talk on electoral reforms with recommendations and suggestions to ensure transparency in the election process, he had said while talking to a private news channel.

The minister said that both PPP and PML-N were showing non-serious attitudes over electoral reforms and urged them to play a constructive role by addressing the issues of national importance in the Parliament.

He termed the Parliament as the best forum to make legislation or resolve public issues, adding the government was committed to giving the right of vote to overseas Pakistanis.

Shahbaz proposes formula for representation of overseas Pakistanis in Parliament

Last month, Leader of the Opposition in the National Assembly Shahbaz Sharif had proposed a new formula for the representation of overseas Pakistanis in Parliament.

The PML-N chief, in a series of tweets, suggested reserving 5-7 seats in the National Assembly and 2 seats in the Senate so that the representatives can effectively raise the problems faced by the expats.

The proposal from Shahbaz comes after the PML-N came under fire by the ruling PTI over their opposition to the PTI’s electoral reforms bill through which the overseas Pakistanis are given online voting rights.

“The modalities and conditions of representation on these reserved seats can be decided by all the political parties in the Parliament and the required legislation can be enacted with their consensus,” Shahbaz said.

‘Several sections of election bill in conflict with Constitution’

Similarly, the Election Commission of Pakistan (ECP) last month had informed the federal government that 13 sections of the NA-approved Election Amendment Bill are in conflict with the Constitution.

The ECP contacted the federal government via the Ministry of Parliamentary Affairs about its reservations through a letter. The letter was written by the ECP secretary to his counterpart at the ministry.

The ECP has asked the ministry that Prime Minister Imran Khan be informed about the body’s objections to the bill.

“The rights regarding the voters list are under the purview of the ECP and 13 provisions of the proposed Election Act are unconstitutional,” said the ECP secretary in the letter.

It also said that using the open ballot method instead of secret voting for the Senate polls conflicts with the opinion given by the Supreme Court.

Parliament passes a record 21 govt bills in one day

Earlier this month, the NA had passed a record 21 government bills, including the Elections (Amendment) Bill, 2020.

Advisor to Prime Minister on Parliamentary Affairs Babar Awan had tabled the bill for consideration after suspension of the rules.

The House passed the bill with majority vote after voice voting, state media had reported.

The Election (Amendment) Bill, 2020 was introduced in the National Assembly on October 16, 2020. It was referred to the Standing Committee on Parliamentary Affairs the same day.

Likewise, the House also passed the Elections (Second Amendment) Bill which pertains to the fair, free and transparent election through the utilisation of technology and modern gadgets.

The bill is also aimed at granting voting rights to the Overseas Pakistanis which may only be possible by vesting exclusive authority in ECP with the technical assistance of NADRA and other agencies.

Amendments were sought in sections 94 and 103 of the Election Act, 2017 to achieve the aforesaid objectives.

This bill was also piloted by Awan in the House.