Waqar optimistic about Pakistan bowlers despite lack of ideal preparations 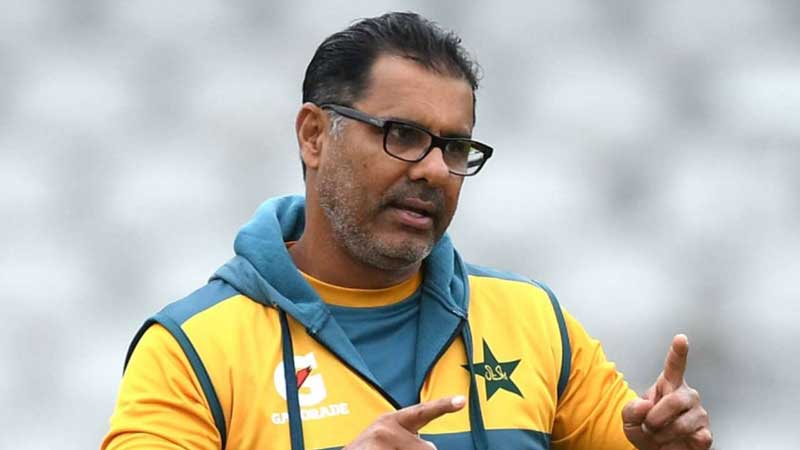 LAHORE: Pakistan coach Waqar Younis is confident that Pakistan’s bowlers can overcome indifferent preparations as well as a switch between extreme weather conditions as they get ready for the start of their white-ball series with England this week. Pakistan are due to play three ODIs, starting with a day-night game in Cardiff on Thursday, and three T20Is over the next fortnight. They have been in managed isolation since arriving on June 25 but have been training; they have also played a couple of intra-squad games in that time but inclement weather has meant preparation hasn’t been ideal. “We’ve been unlucky that the weather is not that good here,” Waqar, the team’s bowling coach, said while addressing a virtual press conference from the United Kingdom,

“The bowlers have responded well with whatever opportunity we get. We did get some outdoor practices and bowlers have done well in that. We’re coming over from extreme weather in the United Arab Emirates, where most of Pakistan’s squad was involved in the Pakistan Super League (PSL) and it’s tough to adjust from four-over cricket to 10-over cricket. But they are good bowlers and I’m pleased overall. They’re coming from hot weather so we didn’t need any long tune up.”

To a question, Waqar regretted that former captain Younus Khan had stepped down as the batting coach of the team just days before the England tour. “It’s unfortunate Younus stepping down as the batting coach at the stroke of a big tour. It has happened, but this shouldn’t have happened.” Last month, the Pakistan Cricket Board (PCB) had issued a statement announcing that the board and Younus had mutually agreed to part ways. Commenting on the matter, Waqar said the PCB and Younus both had given explanations on their differences. “Younus was a great help and his work ethic has always been good.”

Pakistan’s bowling attack is fairly settled at the moment, if not in uniformly great form. Shaheen Shah Afridi is coming off the back of a successful international season as well as ending the PSL as third-highest wicket-taker; and since his return earlier this year, Hasan Ali has been Pakistan’s best fast bowler. But Haris Rauf and Mohammad Hasnain had an underwhelming second half of the PSL and Shadab Khan’s form, as the main spinner, is now a serious concern. “When we go to a different country you have to acclimatise first and if we look at the two-three tours (recent series against South Africa and Zimbabwe), Pakistan’s bowlers have responded very well overall,” Waqar said. “These are new conditions, last year in England we were a younger side, we are a far better side now. Hasan is bowling really well, we travel in a large pack now because of Covid, so it gives you a chance to work with a larger group of bowlers.”

One bowler who is not here, and is not likely to feature soon in a side coached by Misbah-ul-Haq and Younis, is Mohammad Amir. Amir has, for the moment, retired from international cricket, or, more accurately, made himself unavailable for selection under the current management. Amir met with the PCB chief executive Wasim Khan earlier this year, however, in a move that was seen as a clearing of the air between the bowler and the PCB. It’s unlikely, however, that Amir will return anytime soon, not least because his recent bowling form doesn’t warrant it. “There is lot said about Amir and a lot has been said about him already. No doubt he is a fine cricketer, but if he doesn’t want to play and doesn’t want to take his retirement back and play and impress the selectors, I mean then it is hard. This is Pakistan cricket, it’s not yours or mine. You have to do the right things to play for your country, this is not franchise cricket, one has to remember that,” he concluded.