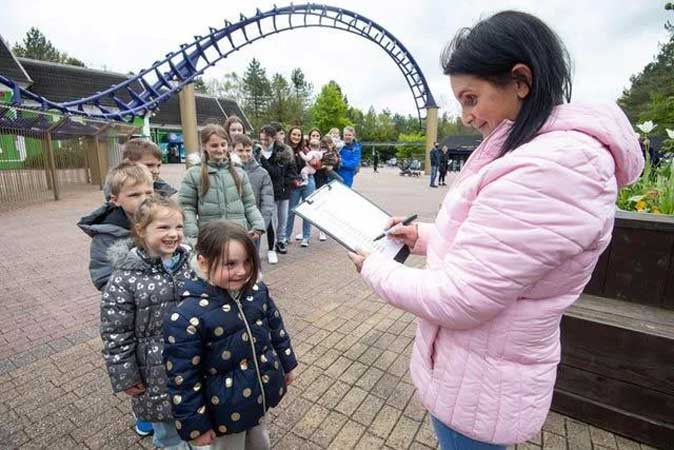 Britain’s biggest family will be returning for a new series of 22 Kids And Counting, Channel 5 has announced.

Filming has started on the documentary which will follow the busy lives of Noel, 50, and Sue Radford, 46, plus their 22 children, six grandchildren and four dogs, production company Lion Television said.

The family’s first television programme aired in 2012 and was titled 15 Kids And Counting, and subsequent seasons have watched the family expand each year.

The returning 10-part-series will showcase life in their 10-bedroom home in Morecambe, Lancashire with their second eldest daughter, Chloe, flying the nest to live with her boyfriend and Millie’s baby Ophelia growing up, who is the youngest grandchild at nine months old.

A series highlight will be a family road trip through the Scottish Highlands in two camper vans. The show will also explore the expansion of Mr Radford’s family pie business as they take on new staff and plan to move to new premises.

Noel and Sue Radford said: “We’re really pleased to be letting the cameras back into our everyday family lives and are looking forward to sharing more fun and mayhem with everyone over the coming months.” Mrs Radford gave birth to their first child, son Chris, in May 1989 when she was 14 years old. They have had 11 boys and 11 girls in total, although son Alfie was stillborn in 2014. In the last season in February, the family shocked viewers by sharing how their food bill increased by £100 a week to £400 during lockdown as the majority of them were stuck at home. Mrs Radford also revealed they get through 16 pints of milk and four loaves of bread a day, and 80 yoghurts, three tubes of toothpaste and 24 toilet rolls each week.

Nick Catliff, the show’s executive producer and chief content officer of Lion TV, said: “We have been making films with Sue and Noel for eight years and watched their family grow and grow so it’s just great to be back with them again as they take on new challenges and adventures in the way that only the Radfords can.”