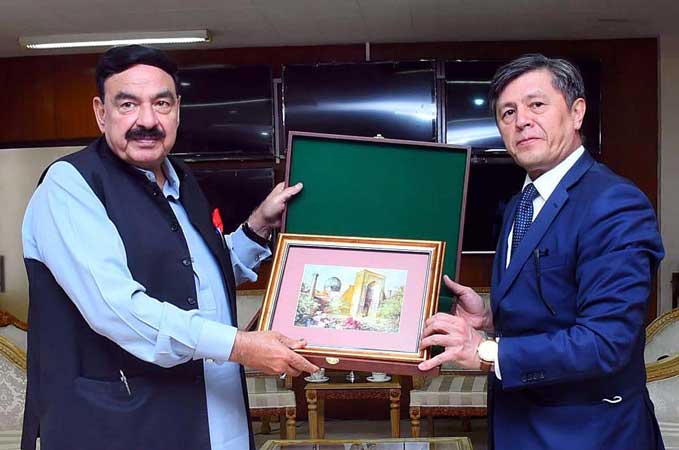 During the meeting, the two sides also reviewed progress on visa agreements, and deliberated on exploring ways and means to further promote cooperation in trade and tourism sectors.

The minister said both the countries enjoyed ancient religious and cultural ties, adding Uzbekistan was the custodian of great Islamic heritage.

He stressed the need for further strengthening of the contacts between the two countries, which were interconnected with the Islamic relation.

Sheikh Rashid said Pakistan had provided special visa facilities to Uzbek nationals as they would also be given a five-day transit visa to enter Pakistan.

The Uzbek envoy said Pakistan International Airlines (PIA) flight operation on Lahore-Tashkent had been restored from July 2, expressing confidence that the increased air travel facilities would help promote trade and tourism between the two countries.

He was of the view that bilateral contacts would further increase with implementation on the agreements related to visa facilitation.