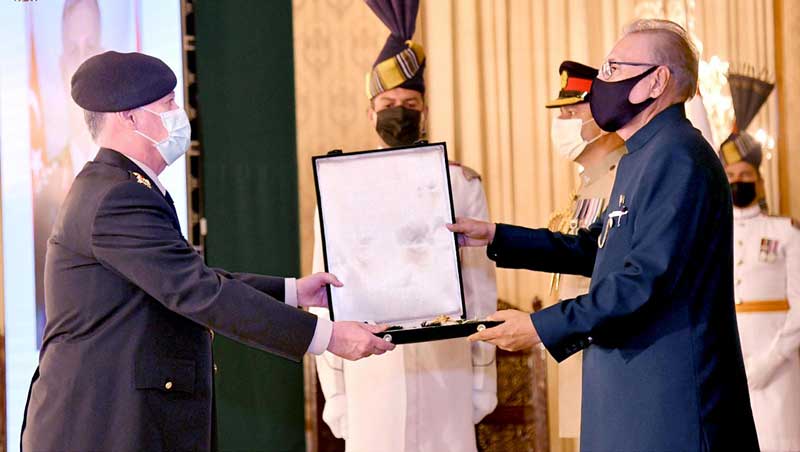 The conferment was made at a special investiture ceremony held at Aiwan-e-Sadr to recognize the meritorious services of General Umit Dundar in strengthening of Pakistan-Turkish ties.

Starting with the national anthem and recitation of verses from the Holy Quran, the ceremony was attended by First Lady Samina Alvi, senior officials of the armed forces and Turkish Ambassador in Pakistan Ihsan Mustafa Yurdakul.

As per the citation read out at the ceremony, General Umit Dundar graduated from the Army War College in 1985, from Royal Army Staff College (United Kingdom) in 1991, and from the Armed Forces College in 1994.

General Ümit Dündar served as the Deputy Chief of the General Staff from 2016 to 2018.

He was appointed as the Commander of the Turkish Land Forces by the Turkish President in July 2018.

The ceremony was told that General Ümit Dündar was a sincere and close friend of Pakistan who played a role in strengthening of Pakistan-Turkish ties.