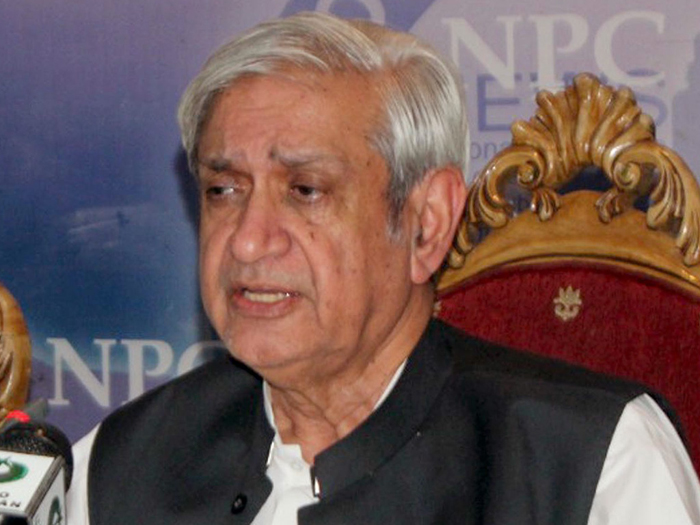 ISLAMABAD: The Wheat Review Committee of the Ministry of National Food Security and Research on Monday revised the local wheat production upward to 27.539 million tons for the season 2020-21 as against the first estimate of 27.33 million tons due to increase in total output of Khyber Pakhtunkhwa province.

The committee met here with Minister for National Food Security and Research Syed Fakhar Imam in the chair and took stocks of local grain production, availability, and pricing trend.

Agriculture secretaries from all provinces, representatives from the provincial food departments, PASSCO managing director, and senior officials of the ministry were also presented in the meeting.

The aim of the meeting was to ensure a smooth supply of wheat to all provinces including Azad Jammu and Kashmir and Gilgit Baltistan and to keep the strategic reserves to meet future consumption, besides making measures for bringing the maximum area under crop production.

The output of Punjab was estimated at 20 million tons which was increased to 20.9 million tons and as a result total output increased.

The minister said the track and trace system of wheat seed was essential to bring about a breakthrough in the next food year.

The meeting was also informed that 50 percent of the seed requirement during last year was fulfilled through certified seeds, adding that efforts would be made to improve the figures again.

The meeting also directed the PASSCO to transfer stock to Gilgit Baltistan, Azad Jammu and Kashmir, and Khyber Pakhtunkhwa to ensure smooth supply and demand of the commodity.

The minister and provinces congratulated all the stakeholders for making efforts to achieve record production of wheat in the history of the country.