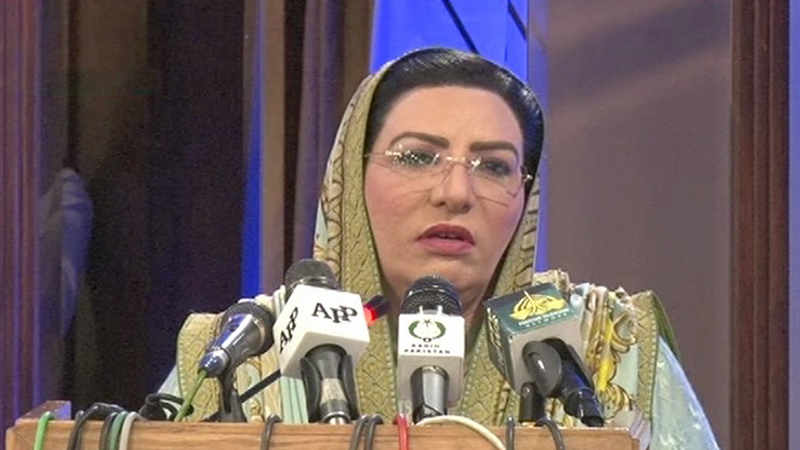 Special Assistant to Chief Minister on Information Dr Firdous Ashiq Awan has said that the government is focusing on the promotion of the IT sector to promote efficiency, transparency, and good governance, adding that IT-based reforms have improved performance and increased revenue collection as well.

Talking to the media at DGPR Office here on Monday, Dr Firdous said the provision of quality education and health facilities along with employment opportunities is among the priorities of the government. The CM has introduced an e-rozgar scheme keeping in view the modern needs, she said.

The Special Assistant said that e-rozgar is another revolutionary step to benefit the general public by creating ample job opportunities. It is providing freelance training to needy youth to earn money while working online from their home. This programme is started in collaboration with Youth Affairs Department and PITB to empower the youth, she said.

The SACM said the government is working on a war footing basis and e-commerce has been made a part of e-rozgar training. She said that provision of freelance training to 71 thousand youth and establishment of 45 training centers is part of future target as more than 31 thousand students have been given training including 54 percent women.

Dr Firdous said that 4 thousand applicants are under training, adding that three months free of cost training is provided and 31 centers are functional in different institutions including 5 for female students. She said that youth have earned 3.5 billion rupees revenue after learning freelancing through this programme. Youth of up to 35 years of age and a master’s degree can benefit from this scheme to become self-reliant, she said.

The Special Assistant said the opposition’s enjoyment in Swat show that it has nothing to do with the problems of the people as it is only concerned with its interests. The opposition claims to have sincerity with the common man but in reality, it is misleading the people. There is a clear contradiction within the leadership of PML-N as Shahid Khaqan Abbasi has rejected the narrative of Shehbaz Sharif, she said.

Dr Firdous said that Shehbaz Sharif has shattered Maryam’s dream to lead the AJK election which shows conflict within the family. The PDM intends to create such anarchy in the country too. She said despite tall claims by the opposition, the government has approved the budget with the majority vote. The bondmaid is spreading negative propaganda against the CM Usman Buzdar which has nothing to do with reality.

The SACM said the opposition has been leveling baseless allegations against the CM and Usman Buzdar is fighting against this corrupt mafia for the last three years. The roadmap given by PTI is against the wishes of the Sharif family as now public welfare is the prime agenda of the government.

Dr Firdous said the former rulers’ only concern was to loot and promote their businesses while playing havoc with the state institutions. Their foreign properties, bank accounts and secret assets are some of the painful stories of continued bungling that have ravaged the country, she said.