Biden marks ‘independence’ from Covid, but pandemic remains a threat 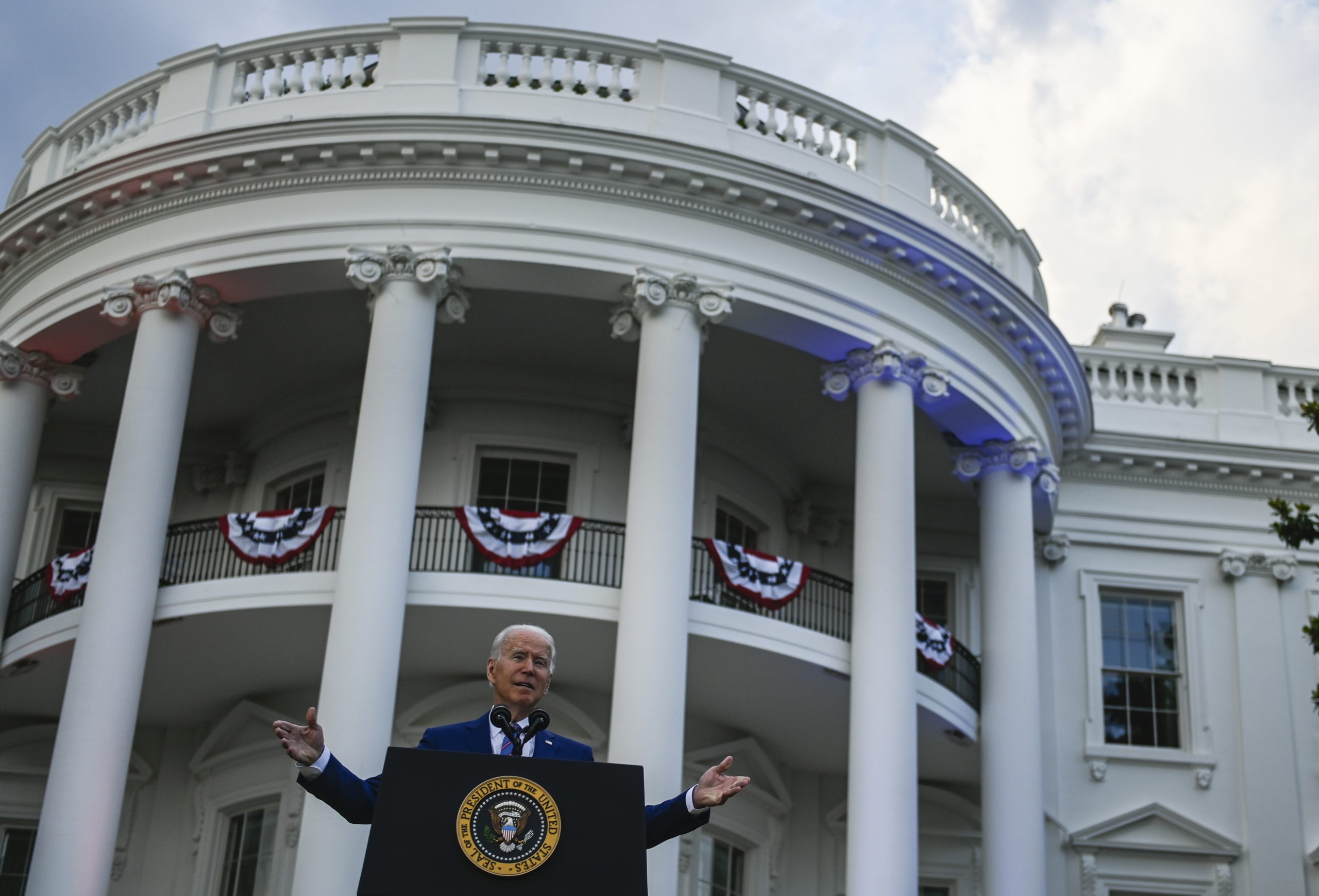 President Joe Biden celebrated US Independence Day on Sunday with an upbeat assessment of a country he said is roaring back to post-pandemic life, even if Covid-19 has yet to be fully “vanquished.”

Speaking before a festive crowd of 1,000 guests on the White House South Lawn, Biden drew a comparison between the declaration of independence from the British Empire in 1776 and today’s rapid recovery from the coronavirus. “Two hundred and forty five years ago, we declared our independence from a distant king. Today, we are closer than ever to declaring our independence from a deadly virus,” he told the crowd of invited military members and essential workers. “We’ve gained the upper hand against this virus,” he said. But he added, “Don’t get me wrong: Covid-19 has not been vanquished. We all know powerful variants have emerged, like the Delta variant.” Biden paid tribute to those who have lost their lives, with the staggering number of deaths in the United States now at more than 600,000. But he struck an overwhelmingly optimistic note, suggesting that under his leadership the country — bitterly and at times violently divided during the Donald Trump presidency — was “coming back together.” “Over the last year, we have lived through some of our darkest days,” Biden said. “We are about to see our brightest future.”

Large crowds packed the National Mall for a huge fireworks display in yet another sign that the United States is looking to its July 4th holiday as a moment to put the virus in the rear view mirror. During last year’s holiday, with the pandemic near its summer peak and towns across America reeling from anti-racism and anti-police protests, Washington and other big cities held only muted celebrations. Despite the atmosphere of Sunday’s victory party, the Biden administration says it is concerned about the large numbers of people who have still not got vaccinated. The heavily promoted White House goal of getting seven in 10 adults their first shot by Independence Day has narrowly failed. And when it comes to full vaccinations, only 46 percent of Americans have taken the two doses. That lag comes as the highly contagious Delta variant continues to spread. Public health officials are eying swaths of rural America where hospitals are starting to fill up again, especially in Utah, Missouri, Arkansas and Wyoming. Anthony Fauci, America’s top infectious disease expert, told NBC unvaccinated people now account for 99.2 percent of Covid-19 deaths.

The fireworks smoke will have barely cleared before Biden has to return to a complex political fight for the survival of his legislative agenda this summer. Negotiations continue on a bipartisan infrastructure deal and fractious debate within his Democratic Party looms on a much broader spending package that has no support from Republicans. The president visited a cherry farm in Michigan on Saturday to tout a positive June employment report hailed as a sign of America’s economic resurgence. In his speech on the South Lawn, Biden said the country was on the move again. “We’re seeing record job creation and record economic growth — the best in four decades and, I might add, the best in the world.”

The administration also sent cabinet secretaries and other officials to sports events, cookouts and festivals nationwide as part of its “America’s Back Together” celebration. And the White House — at least outwardly — continues to brim with confidence. Six in 10 respondents in a new poll by The Washington Post and ABC News give Biden positive ratings for his handling of the pandemic. Images of a crowded South Lawn were echoed in scenes of celebration across the country, with New York, Chicago, Las Vegas and other cities all putting on their own shows. On the west coast, San Diego was readying to stage one of the largest July 4 parties in the country, with fireworks discharged from four barges around the bay. California Senator Alex Padilla called Independence Day “a reminder of the American dream.” “The best way to celebrate Independence Day is by taking a moment to acknowledge all the hard work that it took to get here,” he said.