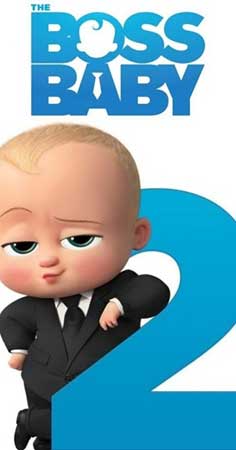 Well, they made a sequel to “The Boss Baby.” The 2017 DreamWorks film, extremely loosely based on Marla Frazee’s children’s book series, bet big on the appeal of a dyspeptic, super-intelligent, black-suited infant speaking with the voice of Alec Baldwin while doing un-babylike things, and it was a bet that paid off handsomely, to the tune of half a billion in worldwide box office and an Oscar nomination. Arriving in theaters earlier that initially planned, with a simultaneous streaming bow on Peacock, “The Boss Baby: Family Business” is making a similarly big bet that family audiences, otherwise bereft of new attractions, are ready to return to theaters. The film itself, unfortunately, is generally less interesting than the business matters behind it, a thoroughly competent affair that tosses in just enough off-the-wall elements to liven up a fairly basic retread of the original’s formula. And honestly, kudos to returning director Tom McGrath for twice managing to hit all of the standard kidpic paces with a concept this insane.