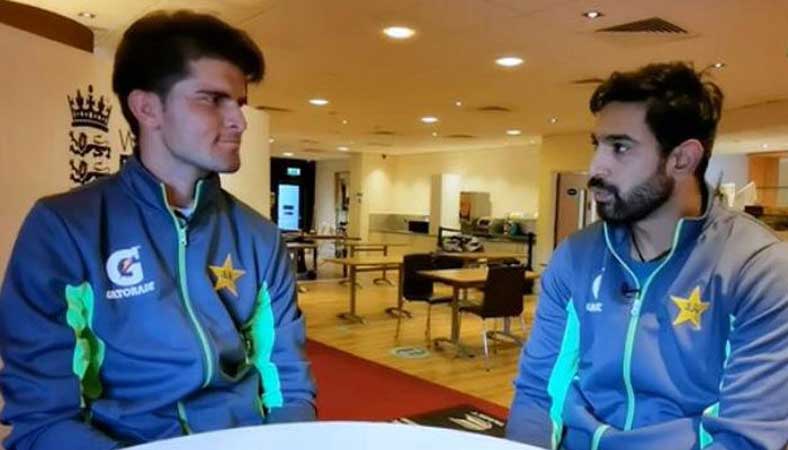 LAHORE: Fast bowler Haris Rauf has been welcomed by his fellow paceman of Pakistan men’s national cricket team, Shaheen Shah Afridi upon his inclusion in the central contract 2021-22 list. Rawalpindi born Haris has been named for the first time in category C on Friday, 2 July. The 27-year old fast bowler had got emerging category last year. In the previous 12 months, Haris has featured in 22 white-ball games and took 31 wickets at an average of 26.12 and an economy rate of 7.46. While interviewing for www.pcb.com.pk, Afridi has welcomed his friend and fellow cricketer Haris, the duo has recently represented Lahore Qalandars in PSL 6. While talking to Shaheen, Haris said: “I am very happy to get this news in Derby and of course would take it as a motivation for this year.” He credited Shaheen’s role and said that he has learnt a lot from the left-arm fast bowler. Mentioning about the English conditions where the tourists are set on hosts in three-match ODI series from 8 July, Haris said, “England has always remained a challenging tour, but our bowling department is good and we will create trouble for the hosts through our bowling partnerships.”

On United Kingdom government decision to allow fans come to the stadiums to witness matches, Haris expressed his delight and said he was anxiously waiting to perform in front of Pakistani fans in the stadium. Shaheen also said that he had always enjoy performing when the crowd is around.