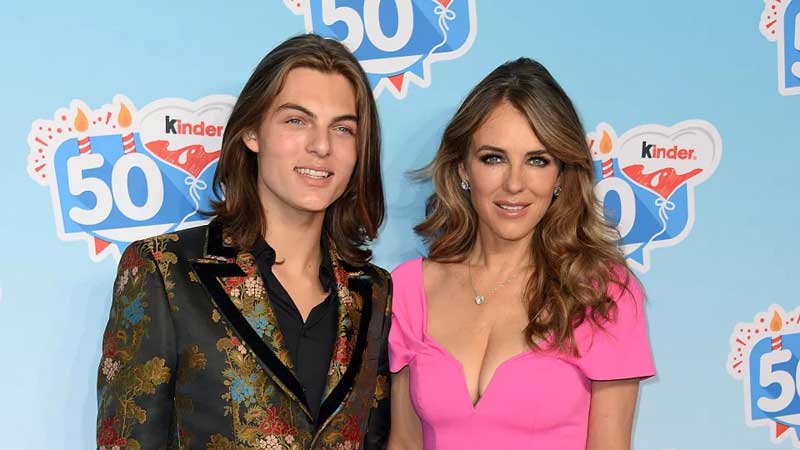 Elizabeth Hurley says a court decision to cut off her son Damian from a share of his grandfather’s fortune is “callous” and goes against what his late father would have wanted.

Hurley told the Daily Mail that her former partner, Steve Bing, had believed both of his children were financially secure before his death by suicide in 2020.

He had won a court battle to ensure they would receive money held in trust funds, but Bing’s father has since successfully appealed the decision.

“When Stephen took his own life, he died thinking his children were going to be taken care of,” said the 56-year-old Austin Powers actor.

“What Stephen wanted has now been callously reversed. I know Stephen would have been devastated.” In the wake of the latest legal decision, neither Damian or his sister Kira — whose mother is tennis player Lisa Bonder — will receive any money.

Their grandfather’s fortune will instead be shared between the two children of Mary — Bing’s sister — who were born within a marriage, whereas Bing’s children were not.

Bing had initially refused to acknowledge both Damian — now aged 19 — and Kira — who is 23 — but reconnected with both of them later in his life.

Hurley said Bing “fought very hard” in his final year to ensure that his children were recognised.

She added: “I am just relieved that Stephen will never know that Damian’s relatives — Stephen’s father and the family of his sister Mary — were ultimately successful in their appeal against the original trial verdict.”

The Mail’s report estimates that Damian’s share of the trust fund could’ve been worth as much as $250m (£181m).

Hurley paid tribute to Bing in the wake of his death and said she was “very grateful” that they had been on good terms before he passed away.

Marking the anniversary of his father’s death last month, Damian — now an actor and model — wrote on Instagram that he didn’t realise when he first received the “devastating” news how much it would affect him.

He said: “We all like to show ‘perfect’ versions of our lives. For me, the idea of publicly discussing something as personal as grief is terrifying… but sometimes it’s necessary.

“The last year has been bloody hard — for everyone on the planet — and I think acknowledging that is vital. It’s not weak to struggle. In fact, to get through to the other side is immensely strong.”

Bing inherited an estimated $600m (£434m) from his real estate developer grandfather in his twenties and went on to pursue a career in Hollywood, founding production company Shangri-La Entertainment which found success with The Polar Express.